One of the rarest of the Egrets in North America, the Reddish Egret, is listed as “Near Threatened” by the IUCN. As with many Egrets, they were hard hit by plume hunters in the 19th century. The species thrives in coastal environments and is currently heavily impacted by habitat loss due to human encroachment as well as climate change which is causing rising sea levels.

Fortunately, J. N. “Ding” Darling NWR continues to be a great location to spend time with this active hunter. In March 2017 I found this one hunting relatively close to shore shortly after sunrise. The Reddish Egret stalks its prey actively, frequently using its wings to cast shadows allowing it to better see its prey. It then quickly stabs its long, sharp bill into the water to spear the unsuspecting quarry. March 8, 2017 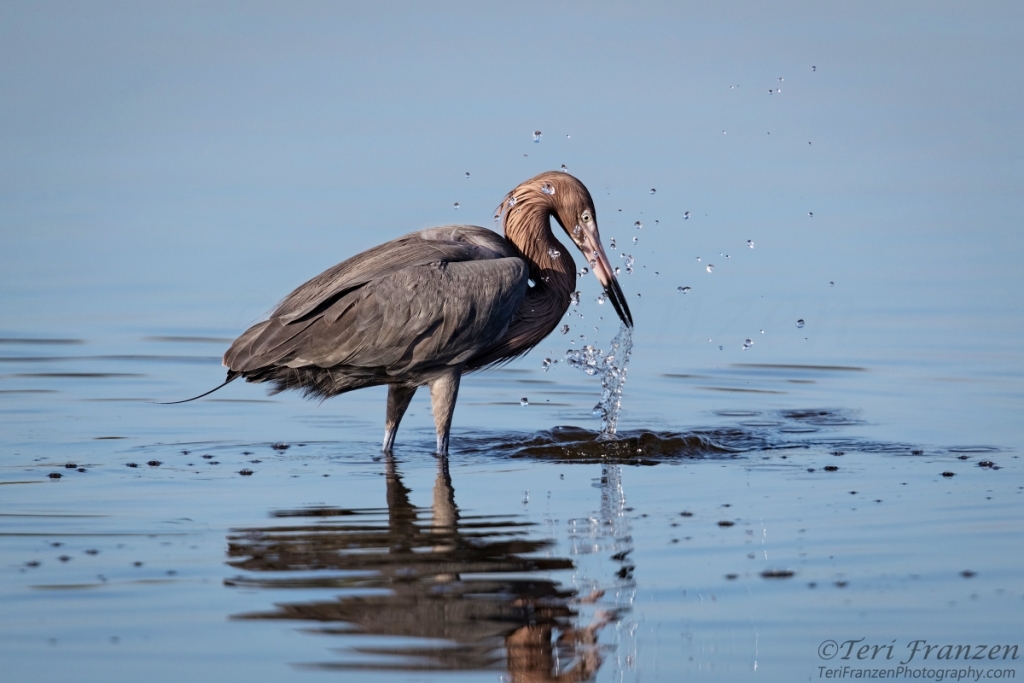