Hummingbirds are found in the new world only. There are no Hummingbirds on the entire continent of Australia. So I guess it is a little ironic that they flock to the Australian garden section of the UCSC Santa Cruz Arboretum. And since 2016 that has also been the home of this rare leucistic Anna’s Hummingbird. Normally vibrantly colored, this bird exhibits a reduction in pigment consistent with the condition. Unlike albino which is a complete lack of pigment, this hummingbird does have some coloring and its eye is not pink. As you can see, it has a deformity on its bill. In the past weeks it has suffered an infection. Happily though, it seems to have recovered and looked strong yesterday while I watched it feeding on the nectar of the beautiful flowers in the Australian garden. April 11, 2017 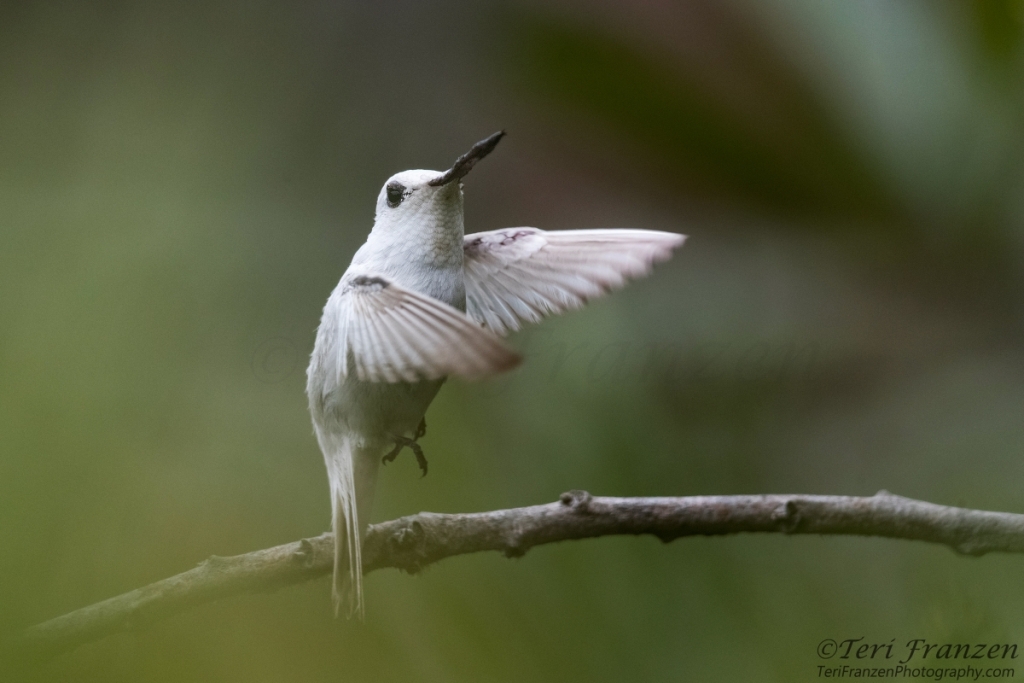