Honoring elephants today on World Elephant day, an infant stays close to its mother at a watering hole in Ndutu. During the first year of an elephant calf’s life, it depends heavily on its mother for nurturing and survival. In Tanzania the elephant population dropped by nearly 90% by 2013 due to poaching to support the ivory trade. Since female African elephants, like bulls, have tusks they are equally preyed on by poachers, often leaving behind a dependent infant. While in Tarangire in 2016 we visited Ivory Orphans which is Tanzania’s first elephant orphanage. According to their website, “a calf will wait for days alongside its dead mother, slowly losing condition.” Organizations like this one play a critical role to “mitigate the effects of illegal elephant poaching, while raising awareness of the severity and immediacy of what is now an elephant population crisis.” They do this by rescuing orphaned elephants, rehabilitating and then releasing them back into the wild. In addition, they also raise funds to combat Tanzania’s involvement in the illegal wildlife trade. 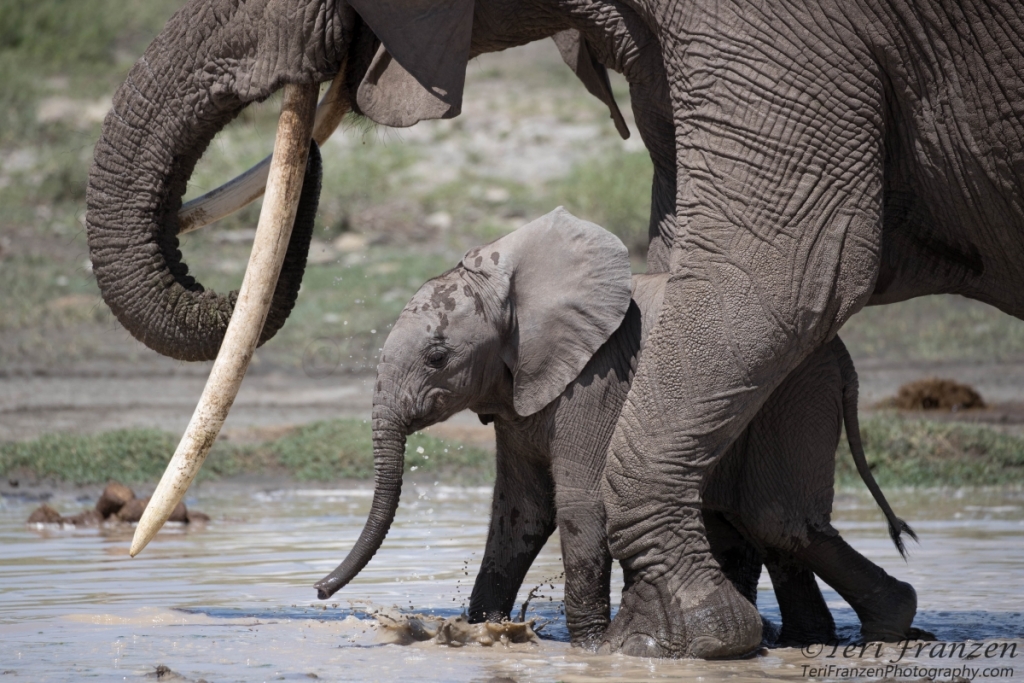