The Heron and the Adder

The Black-headed heron (Ardea melanocephala) is a large wading bird of sub-Saharan Africa. Similar in behavior to the Great blue heron, the Black-headed can often be found alone, hunting with slow, purposeful movements. Its diet consists most commonly of insects, reptiles, small mammals, frogs and birds. The venomous puff adder was on the menu on this day in central Serengeti National Park. Due partly to its large population, the puff adder is responsible for the highest number of snakebite fatalities in Africa. However, although poisonous when it enters the bloodstream, venom is not generally toxic when swallowed. Instead the venom is quickly broken down by stomach acids rendering it harmless. It is also thought that some animals are immune to the venom in the snakes they typically feed on. That could also be the case with the heron and the adder. 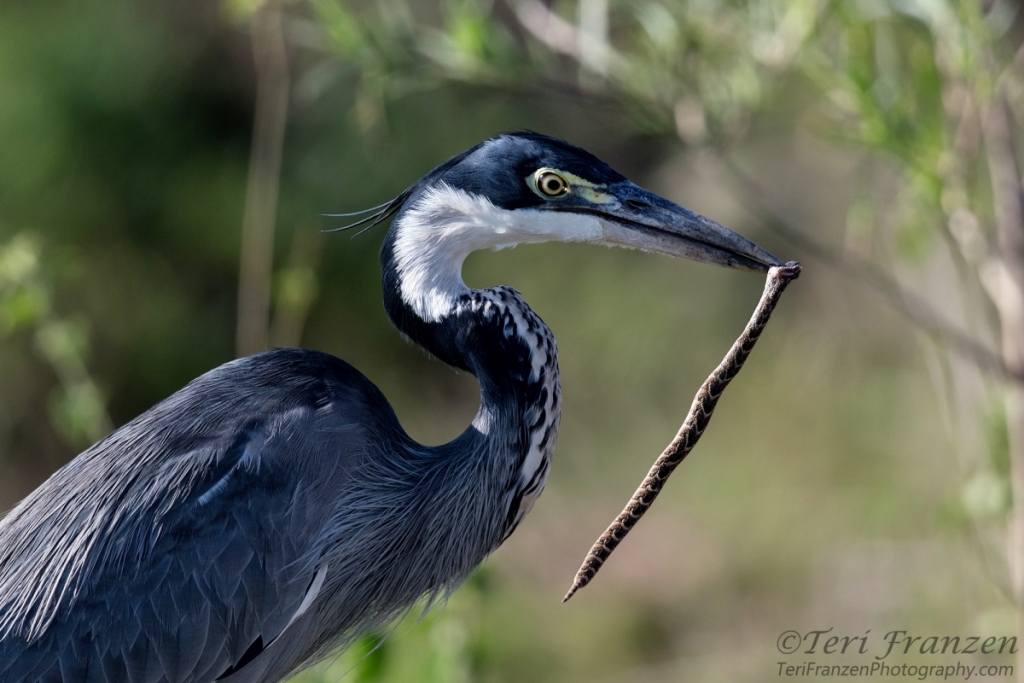