The Magic of the Eclipse

As the moon crossed in front of the sun the clouds began rolling in, blocking my view almost entirely in the moments before totality. So nope, no beautiful diamond ring, no corona and no bailey’s beads. But before all became murky I did see an amazing scene. I stared in awe as I watched our small moon slide forward to completely block out our massive life-giving sun. The sun is 400 times the diameter of the moon. But it just randomly happens that it is also 400 times distant. That means that they appear the same size in our sky. And that allows the possibility that on rare occasions the moon has the ability to fully eclipse the sun. How cool is it that all of this comes together to provide such an amazing show. Sure, it was a lot of traveling to get there. And the drive home after the event was met with hours of bumper-to-bumper traffic. But with all of that aside, I witnessed magic. And I can’t wait to do it again. T minus 2418 days and counting down to the next one in 2024. Until then, wishing you clear skies and a fantastic weekend! 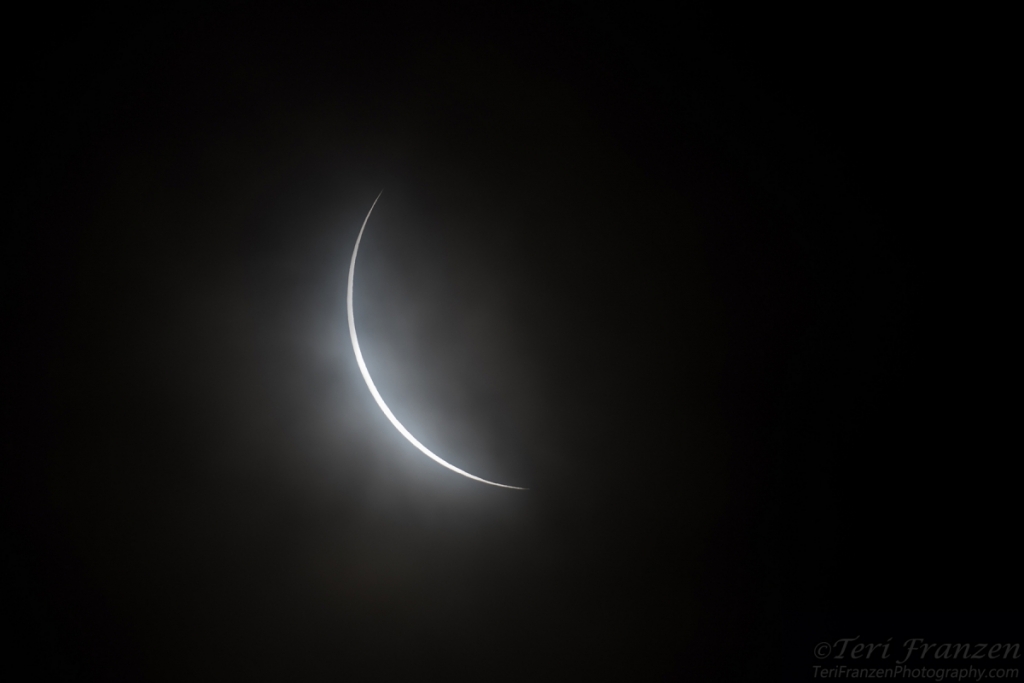 Bonus photo, captured just a few minutes earlier with solar filter attached. Sunspots are visible toward the center of this image: 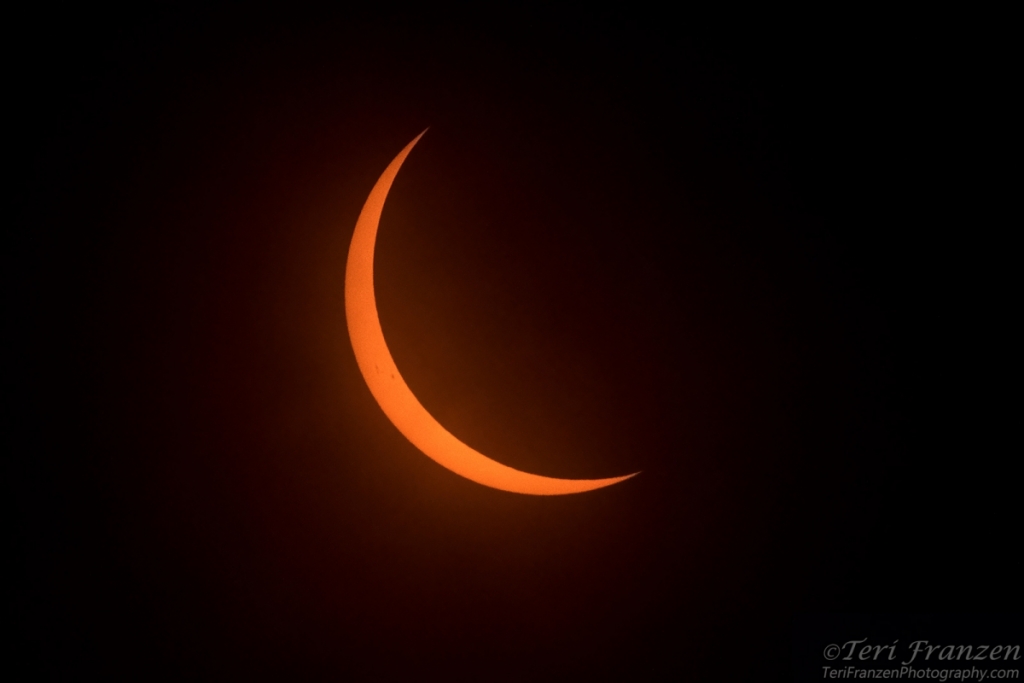