American Oystercatchers appear to be extremely patient parents. This adult was attempting to feed an insect to its chick of just a few days old. Twice the young shorebird tried and failed to keep the bug in its small beak. Each time the adult picked the insect up off the ground and handed it to the baby, showing no signs of frustration. Finally, after the third try this young chick was able to swallow its meal whole. It would have been a beautiful, heartwarming moment if the young chick hadn’t greedily driven its sibling away only moments before, keeping the food for itself. Don’t judge too harshly though. It’s tough out there in the wild and fighting for food, and survival, is something animals must learn at a young age. Fortunately, both Oystercatcher parents share feeding responsibilities and the chicks were well fed. June 23, 2017 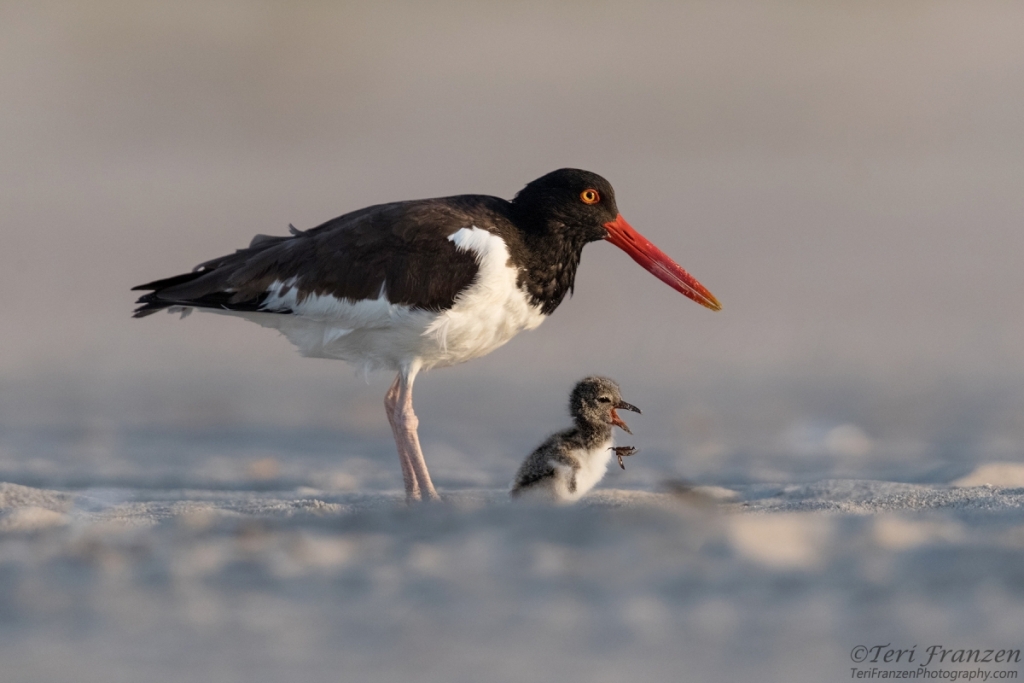 View images from my first trip to the Long Island coastline