Honoring International Cheetah Day, December 4th, with a young Cheetah from Ndutu. Once found across the entire continent of Africa, except the Congo, and much of Asia, the Cheetah population has severely declined and become fragmented. Once a healthy population of 100,000, there are now fewer than 8000 left in the wild. Cheetahs have suffered primarily due to habitat loss, conflicts with humans and the illegal wildlife trade. The fastest land animal, the Cheetah can run up to 75 miles per hour for short distances, using its tail as a rudder for sharp turns during pursuit. 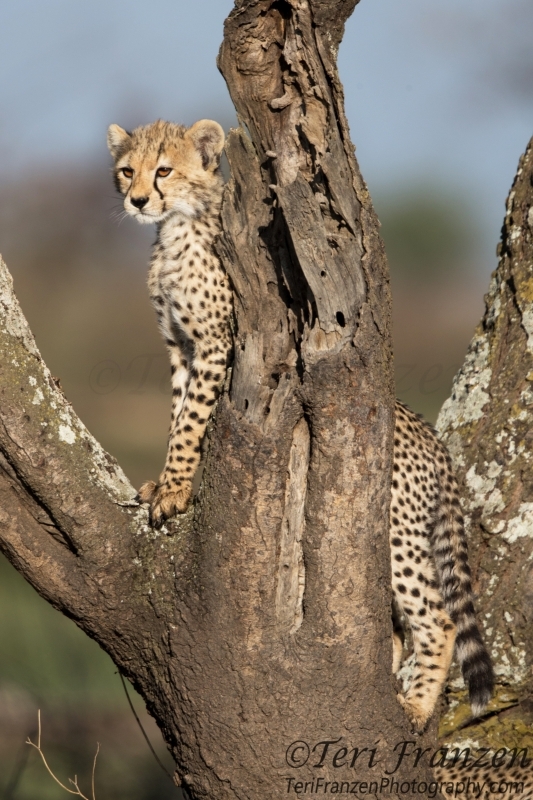