Late afternoon Sunday I watched from a cliff as the lone Peregrine falcon fledgling flew out to meet her father and snatched a dead Killdeer from his talons with ease. It was too far off for great shots. But I later found her far down on the cliffs, working to de-feather her supper. For a few minutes I watched through a gap in the trees as she pulled feathers, ate a little meat and constantly looked around for threats. She’s growing stronger and hopefully wiser. In 2016 all three fledglings disappeared within two weeks of fledging. This year two nestlings disappeared before we could confirm they had fledged. We suspect Great Horned Owls as the culprit because they have been spotted in the vicinity and someone reported a nest. There is a plan to seek out the GHO nest and search for pellets. Hopefully we can find a clue, maybe even a band. For now, this year’s fledgling is about three weeks out of the nest I’m starting to feel optimistic. With an overall mortality rate of 60% during the first year, a suspected mortality of 83% so far at this nest, maybe the odds are stacking in her favor? Stay strong and fierce young falcon! July 9, 2017 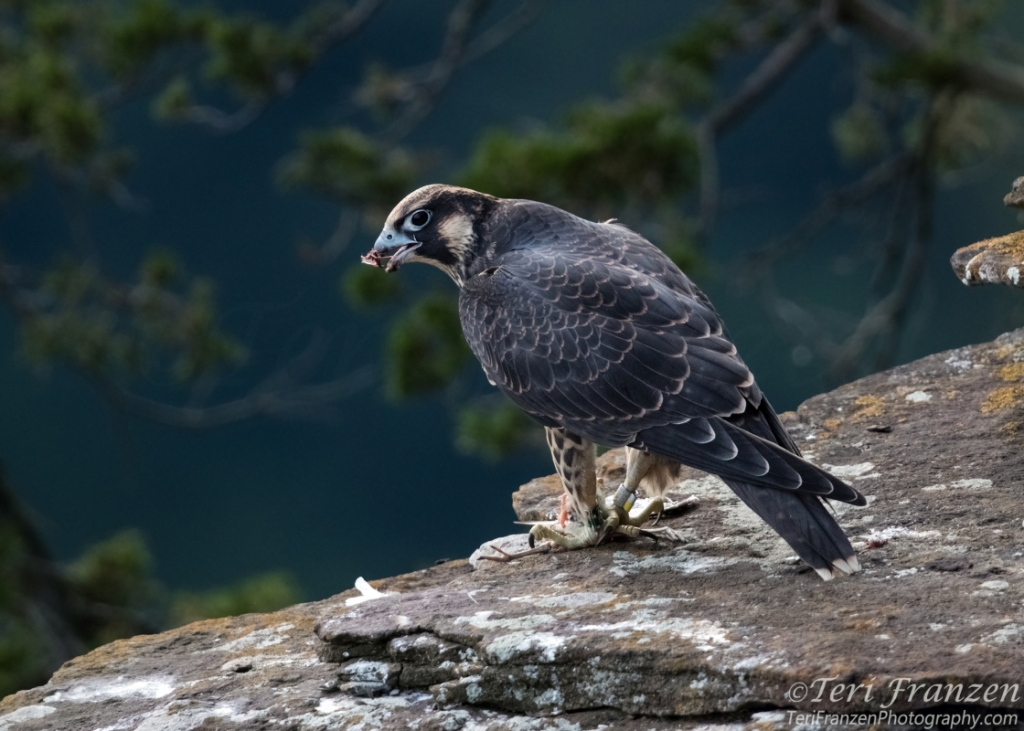