Tiercel is a term for a male hawk and most commonly used in falconry to describe a male peregrine falcon. It is derived from the size difference between the male and female. Male peregrines are approximately 1/3rd smaller than females. Although there is some sharing of nesting duties, in a mated pair, the more sleek and agile tiercel tends to hunt more during nesting season. The female, with her added strength and bulk, spends her days watching over her brood and is possibly better equipped to fend off predators. The tiercel in this image is the mate of the falcon featured on July 27 and the father of the fledgling featured on July 10. This season their nest scrape was in a small cave beyond our view. But I did have a few opportunities to observe the mated pair and their lone surviving fledgling throughout the spring and early summer of 2017. It is always a privilege sharing space with these fierce and beautiful raptors. June 23, 2017 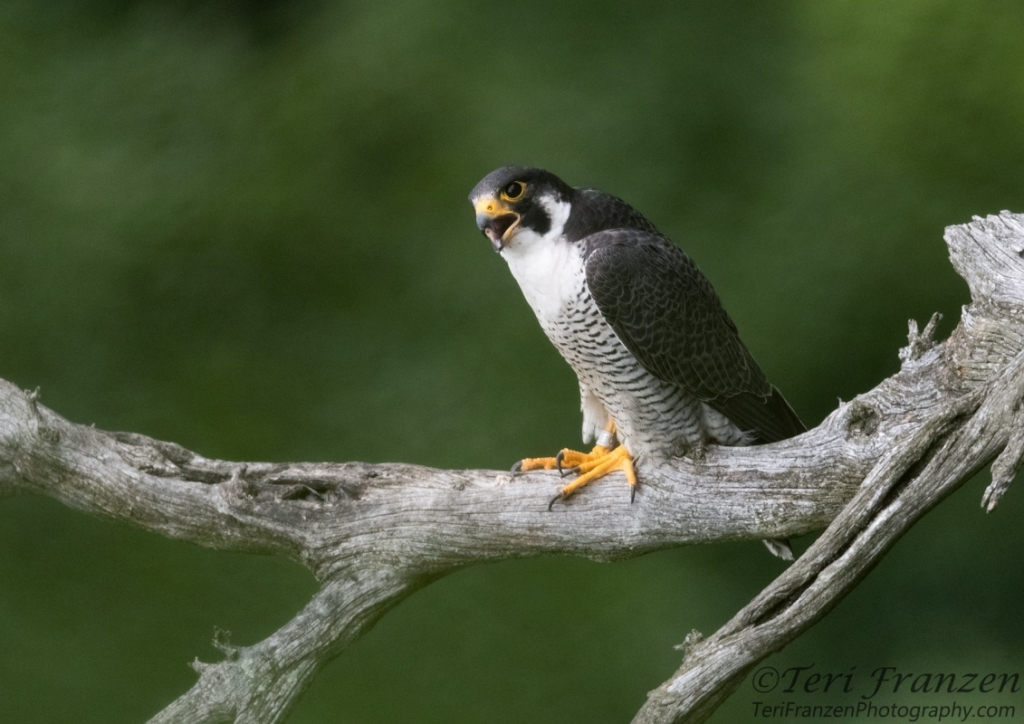