The alula of a bird is a small free-moving structure between the “hand” and “arm” wing, sometimes called a thumb. The feathers attached to that thumb are called the alula feathers, or winglets. In typical flight these feathers will be flush against the wing. However, during slower flight, as with this Peregrine Falcon, they can be employed to provide lift to achieve a sharper angle of attack with delayed stall. It is thought to function much like the leading-edge slat of an airplane. Photographed during a banding. May 22, 2017 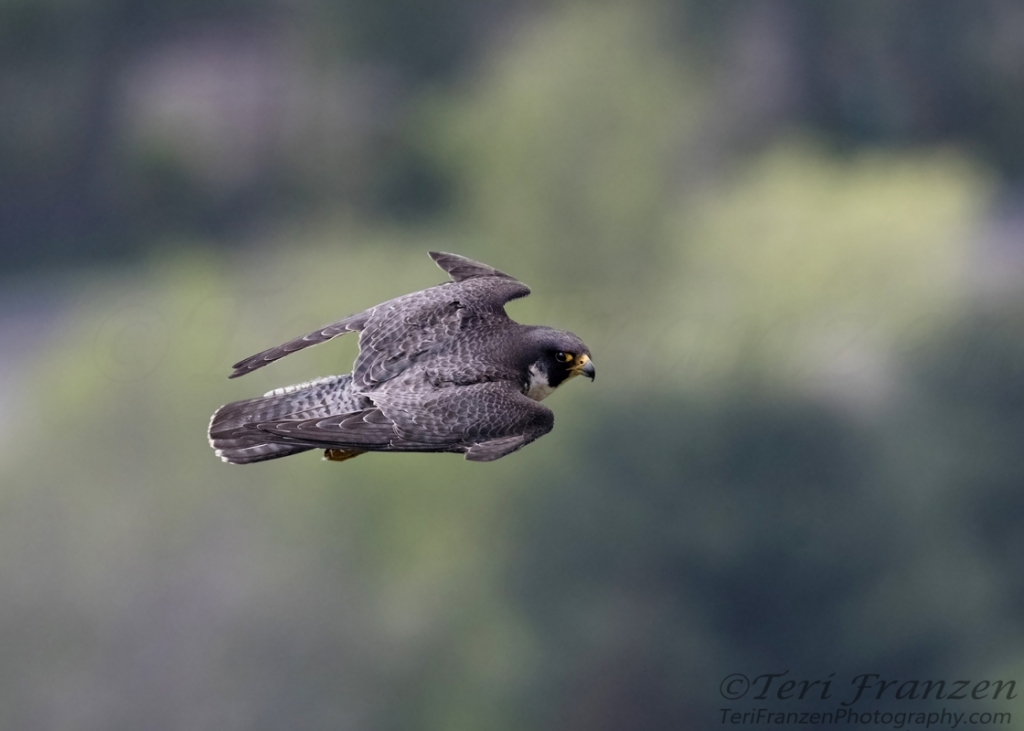