Celebrating National American Eagle day with a peek into what was, sadly, a doomed nest. In northern PA, in 2016 there was a nesting family of Bald Eagles visible through gaps between trees that we could see from the roadside. From a distance of about 60 yards, we could peek down into the nest without interfering with the family. In late March of 2017 I drove down and was excited to find one of the adults sitting on an egg. Days later there was a kerfuffle between the nesting adults and one or more intruder Eagles. I suspect it was a territorial dispute over prime real estate of this nest. Apparently, during the fight the lone egg cracked, resulting in nest failure. Sadly, it was too late in the season for the pair to start anew and that nest has been abandoned for the season. Wishing them better luck next year for a successful brood. This image is from my one visit this season. March 23, 2017 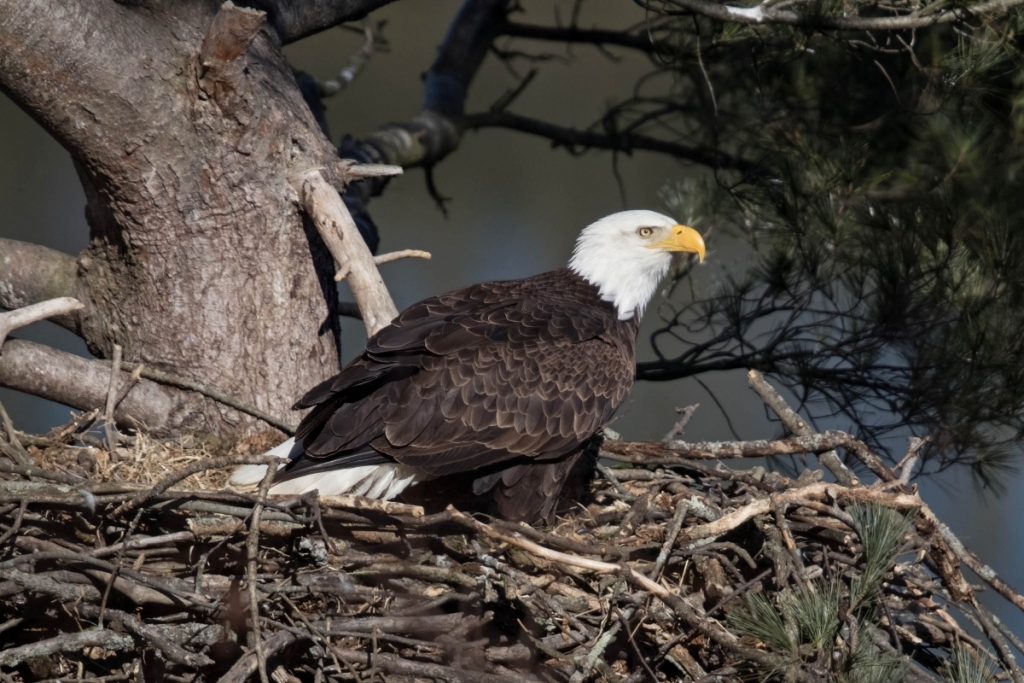