Battle of the Yellow-crowned Night Herons

Yellow-crowned Night-Herons nest in trees over water and often in colonies of two or more. I am fortunate that my Mom lives at the edge of a creek in western Florida. During the past two years we have seen these Night-Herons nesting right across the water from her place. During a recent visit I found two pairs working on nests about two trees apart. Yellow-crowned Night-Herons have been known to steal material from each others’ nests and are very defensive of their own nests. One afternoon I went outside to find these two engaged in a heated battle. And for a short time they locked beaks. Note that they are shielding their eyes with nictitating membranes. The nictitating membrane is an extra eyelid that is translucent or clear found on many bird species. It protects the eye while allowing visibility. The following morning both pairs kept their respective distance as they worked on their own nests. May 17, 2017 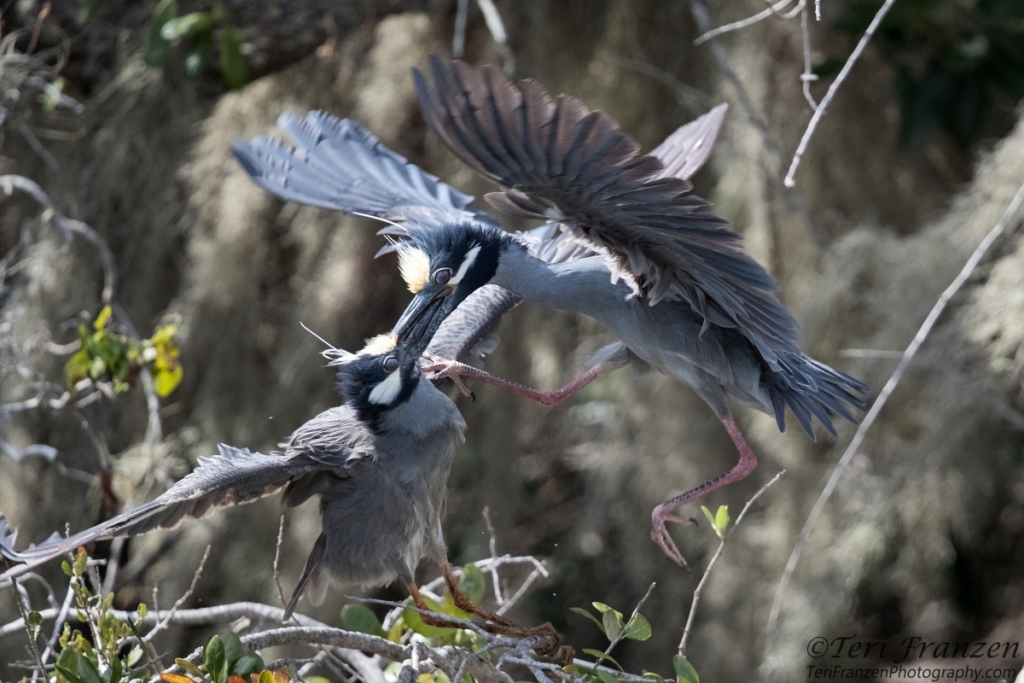