A Lion snacks on a Zebra shortly after sunrise in Ndutu, Tanzania. After a fresh kill there was a typical feeding cycle. The predator would feed on the catch. Once satiated it would leave, if not driven off sooner by Hyenas. There would typically be Jackals waiting in the wings that would take over while the Vultures begin circling above. Then the Vultures would descend and perform their cleanup. Nothing lays to waste in Africa. February 1, 2017 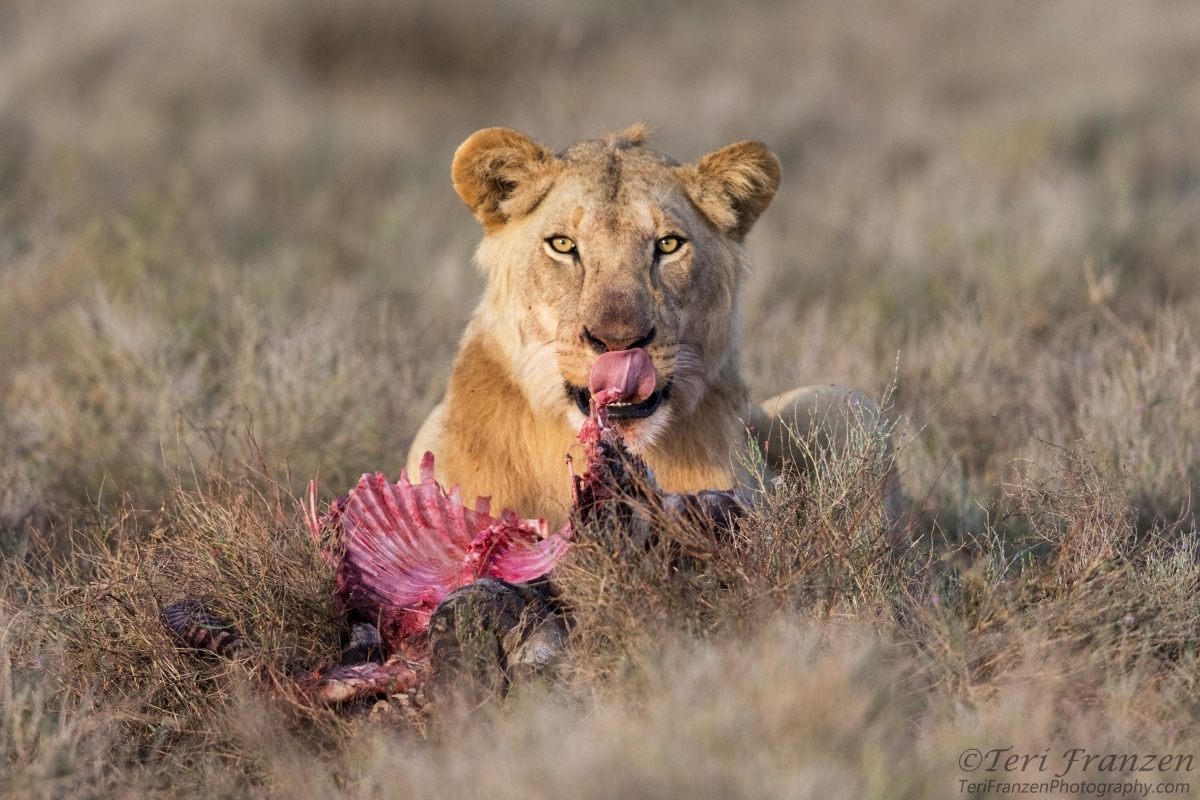 View more photos from my 2017 trip to Tanzania