You can see the perfectly formed monarch butterfly encased in this chrysalis. Soon the butterfly will break open its casing and unfold. There it will hang, holding on with its feet, working to pump blood into its wings. Two hours later it will flap its new wings a few times to strengthen muscles, and then fly off into the world.

Monarch butterflies go through four different generations each breeding season. In the first stages they breed a few days after emergence, lay eggs and die within six weeks. The eggs hatch into tiny caterpillars which grow up to two inches long before they pupate, forming into chrysalises (or chrysalides). This late in the season, it is likely that we are in stage four. In the final stage of the year, this new monarch will find a mate and migrate south for the winter. Fourth stage monarchs live up to eight months before beginning the cycle anew. So if you see a Monarch this autumn or winter, think about the amazing journey this first season Monarch’s great-great-grandchild has taken to find its way to you and help to beautify your world. 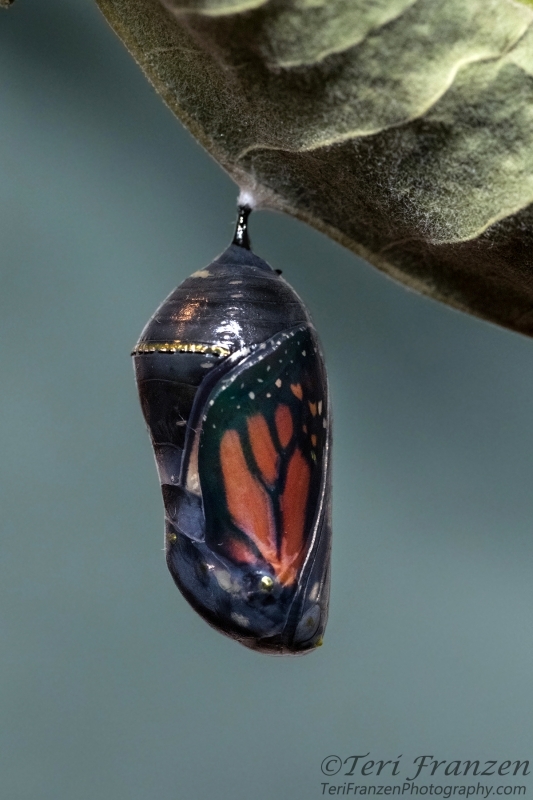 More monarch images from this summer: