Life is tough in the wild and it seems sometimes even shorebirds battle over food. As I watched through my lens these two appeared to be skirmishing but they were tiny and all I saw was two little puffballs flopping around in the sand. It wasn’t until recently looking through my photos that I could piece together the story. The young American Oystercatcher in front had just received food from its parent. Its sibling, possibly wanting the food for itself, opened its beak and clamped down hard on the other young chick. The recently fed sibling tried for several seconds to wriggle free and couldn’t (shown in this frame). Finally the adult came by and nudged the two apart. Sibling rivalry is alive and well among our feathered friends. June 23, 2017 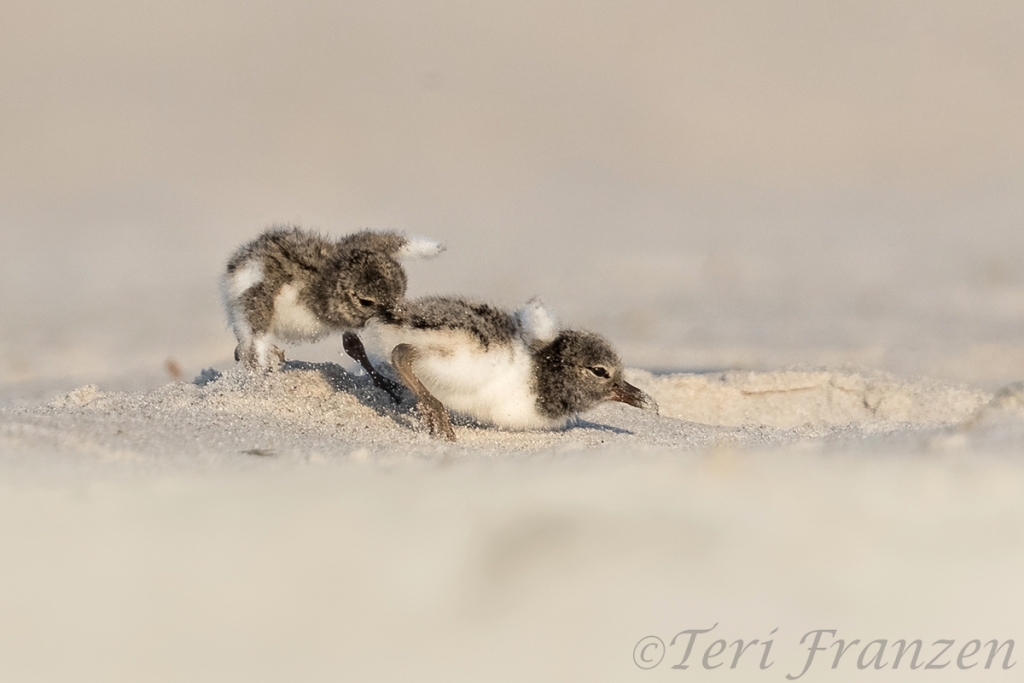 View images from my first trip to the New York coastline