I believe this is the only Eastern Bluebird I have ever photographed. It is certainly the only one I’ve seen at Brick Pond where I’ve spent countless hours trudging through trails and sitting in blinds. They are not uncommon around here, but spend more time near open meadows. I encountered this female one day in late March of 2015. I had been anxiously awaiting the the springtime return of Wood Ducks and found the pond to be frozen solid. All was quiet and I was greeted only by a lone song sparrow and this one bluebird. We must have had a fast thaw that spring because I returned less than one week later to find the pond bustling with activity. Several Wood Ducks and a variety of other migrating water fowl species had traveled hundreds of miles to breathe new life into our local wetlands. March 28, 2015 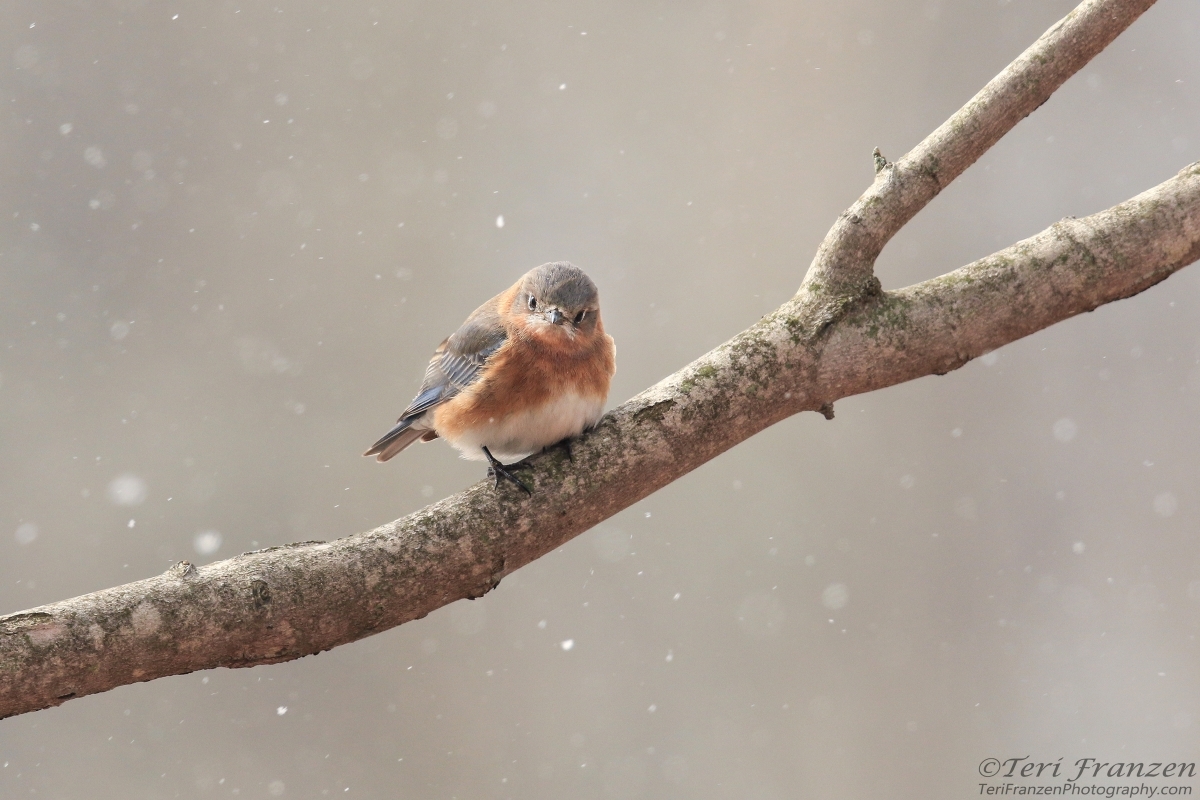