Listening to the harsh wind whipping outside I was grateful to be working on a project indoors.  As I sat cozy and warm by the fireplace I thought there was nothing that would bring me out into that bitter cold.  And then the phone rang.  My friends at the local Wild Birds Unlimited had a Merlin outside that had captured a Pigeon.  Typically, when a Merlin is with a catch it won’t leave until it has a full crop.  It could be in the same spot for an hour under more ideal weather conditions.  With windchill temperatures in the single-digits that time would be dictated by how long it takes the Pigeon to freeze solid.

Without hesitation I threw my gear into my Jeep and raced over as quickly as possible.  I arrived twenty-five minutes after the initial phone call to find this female Merlin still out in the bitter cold pulling any meat she could. 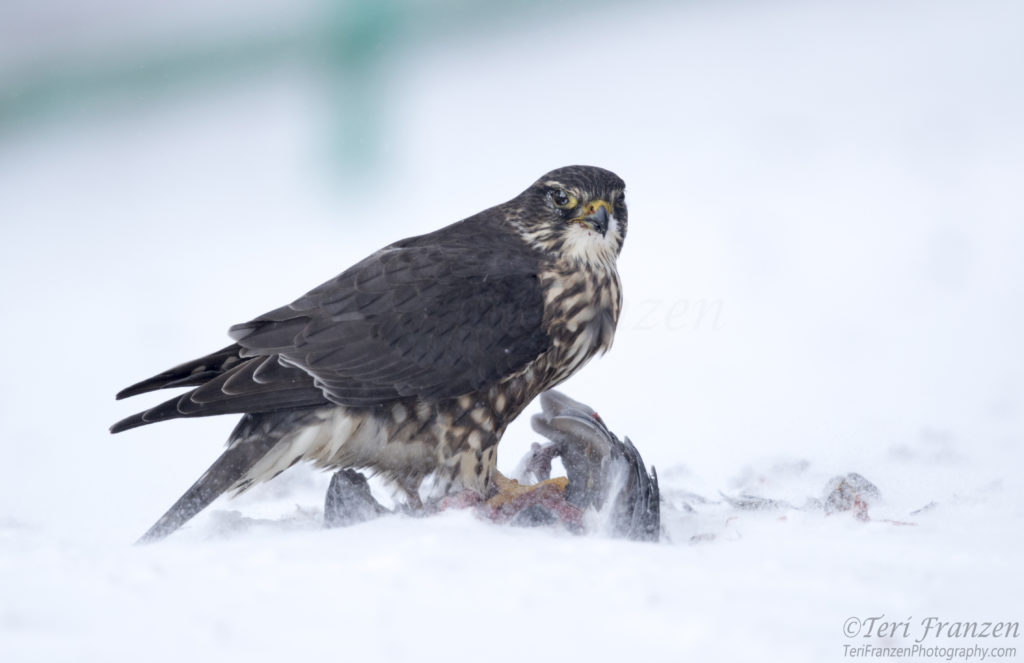 In the image above you can see two things very clearly, it was cold and windy, and there was a distracting railing behind the Merlin.  Preferring not to alter reality in post-processing, I took a couple of insurance shots before moving to find a better position. I then walked to a spot opposite that first scene and propped my lens on the lower rung of the green railing.  That provided me with the best views I was going to find. 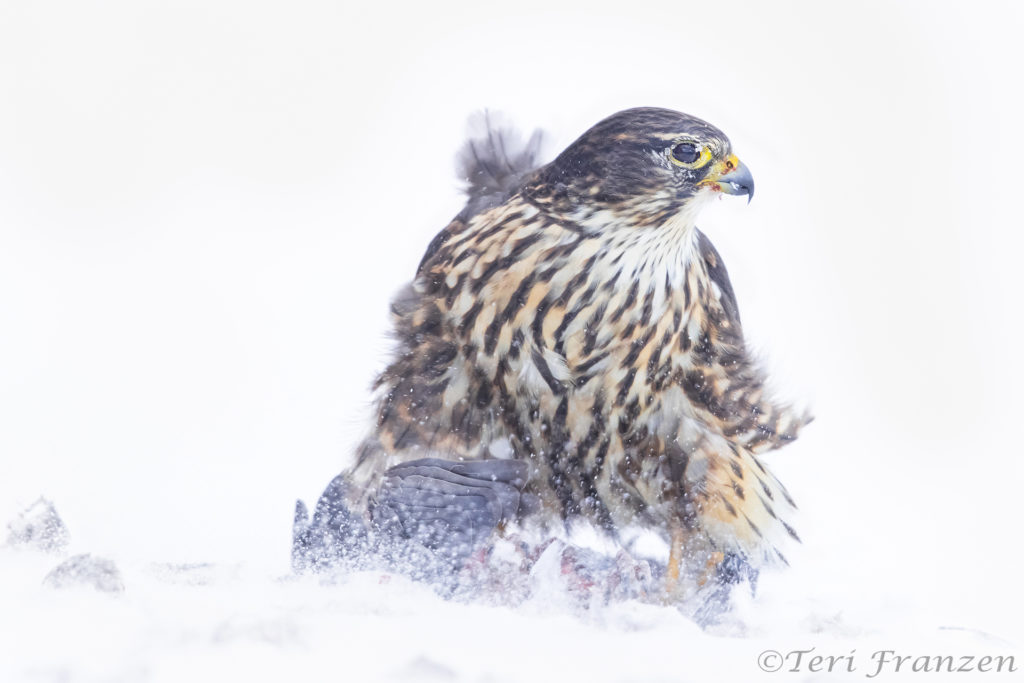 She was obviously very aware of my presence but unconcerned as she continued eating.  Using my 500mm lens with an attached 1.4x teleconverter (at 700mm) I had left enough distance between us that I knew she was not worried about the company, only about getting a meal. 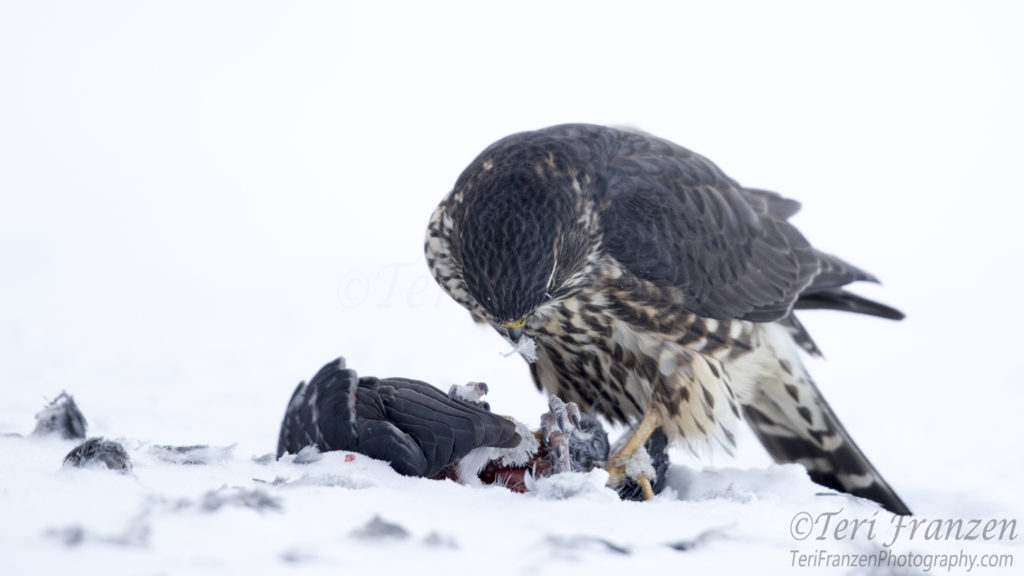 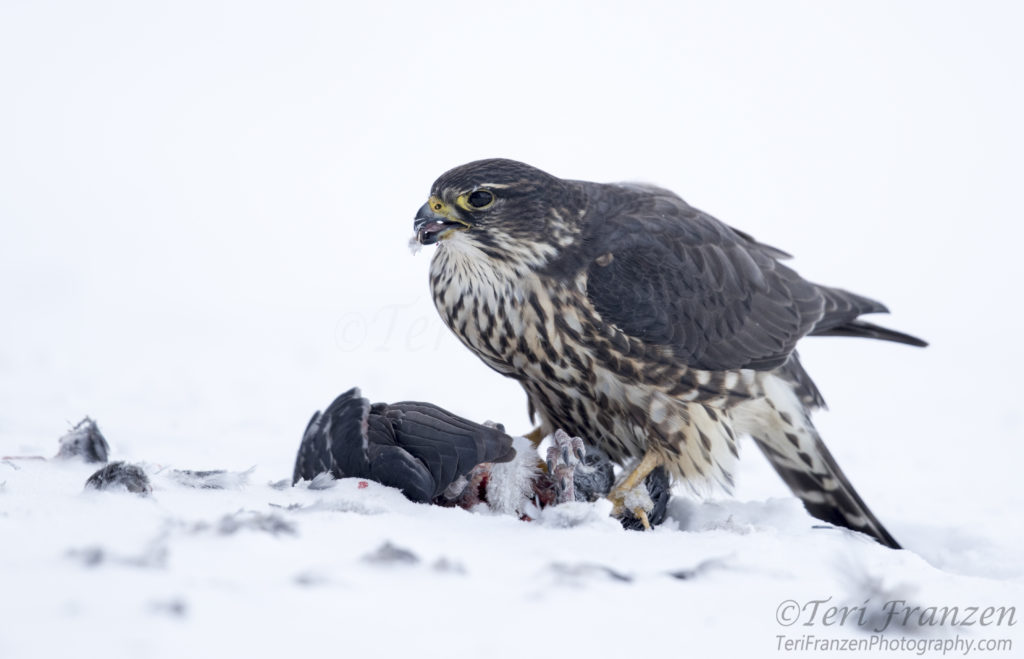 Pulling meat from this freezing pigeon became more difficult by the second. 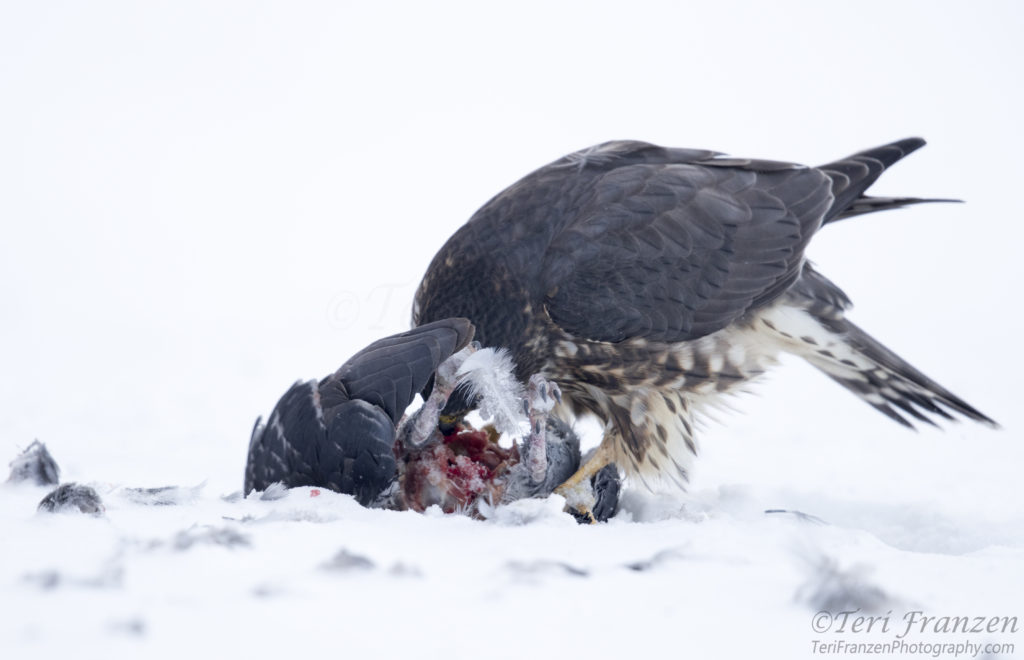 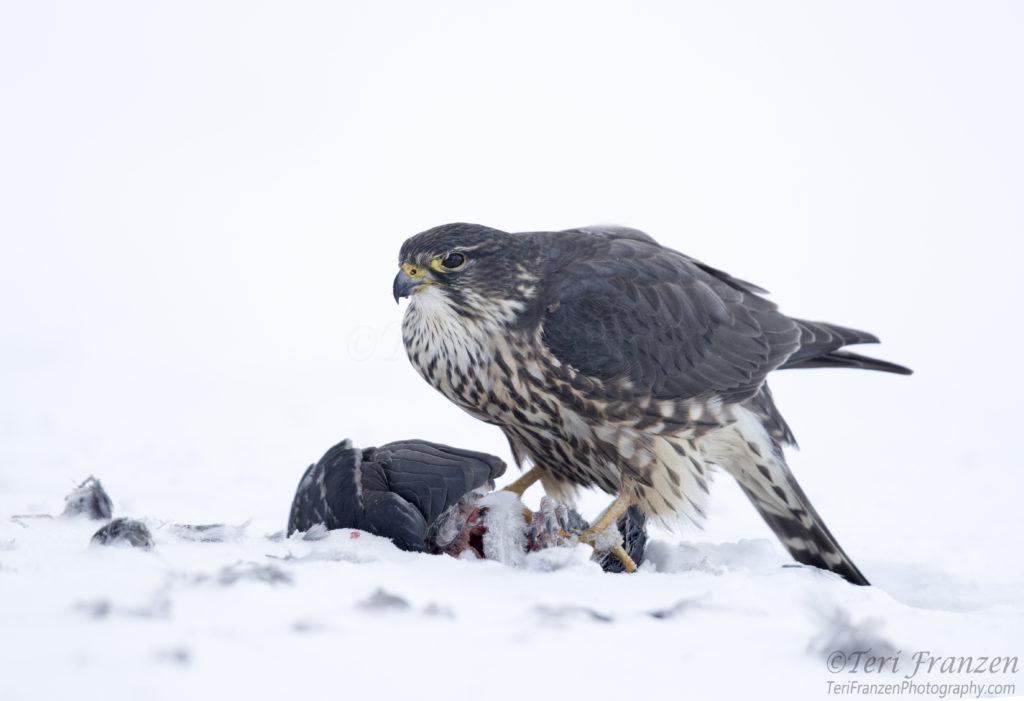 At one point she stopped to dislodge a feather caught in her beak. 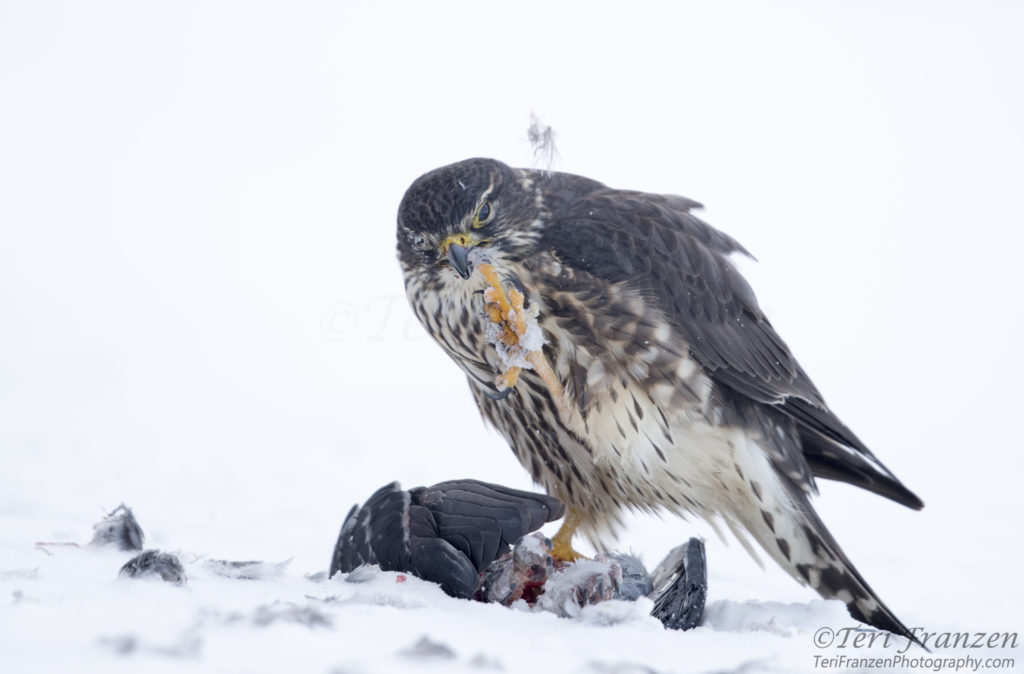 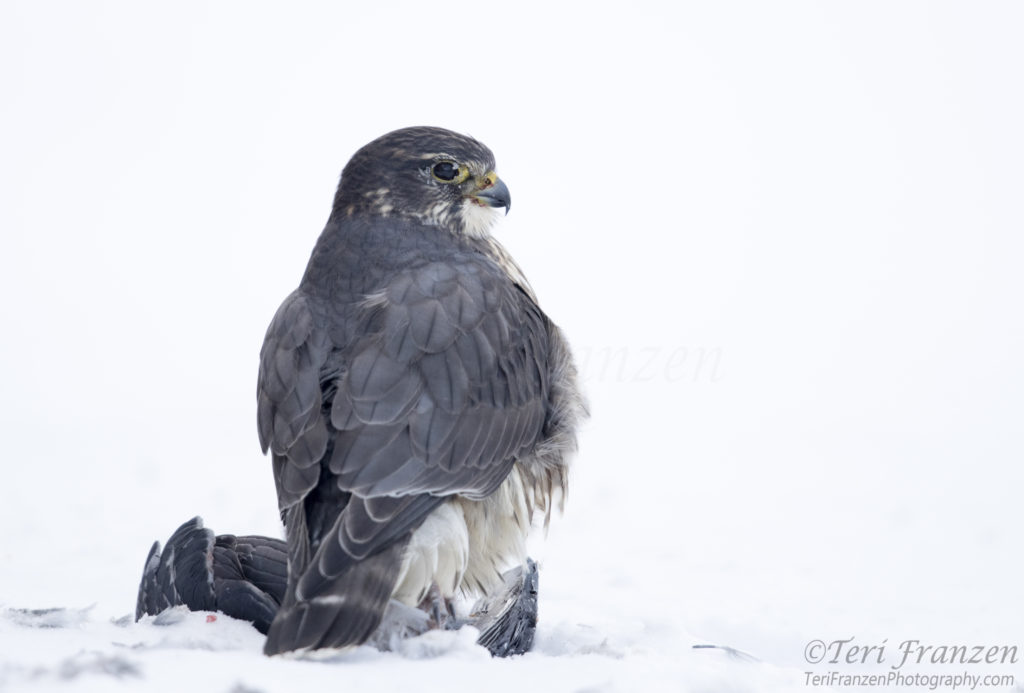 I was preparing to remove my teleconverter for a wider angle when she turned and began looking around, most likely checking the area for predators.  Seconds later she flew off.

After she left we examined the pigeon and found it solidly frozen.  This lunch was over.  My total time with the Merlin was six minutes from my first shot to my last before she finished and flew off.  My fingers were numb but I was happy that I had ventured into the cold.  Thanks so much to my friends at WBU for the heads up!