Home »Blogs»Ornaments in the Forest

If anxieties were appendages, the forest floor would be buried in the corporeal masses of those shed by visitors, the trails impassable.

This is what flitted through my thoughts as I trekked through the, thankfully uncluttered, woods one recent December afternoon.  It had been months since I had carved out the time to aimlessly explore nature.  My head felt jumbled, my mind burdened with stress.  Negative emotions had begun to bog me down, making me feel inept and creating a sludge that weighed down even the simplest routines.  As I wandered through the snow-covered paths, absorbing the silence and smelling the crisp, fresh, pine-scented air my heart grew more buoyant with every step.

The study of ecopsychology suggests that because we evolved from the natural world, confinement to our man-made modern structures can contribute or lead to depression.  Only in recent centuries have we moved more and more into highly developed, urban areas.  Many of us spend our days staring at computers, watching TV or perusing social media on our mobile devices.  Access to information has increased exponentially and we are constantly bombarded with a diverse array of stimuli.  Taking that break to hike through the woods, or even taking a walk in a park can bring us closer to our natural roots, giving us a more grounded sense of belonging.  There is also a calming effect derived from exploring the technology-free, natural beauty of the wilderness.

During my hike I reveled in the serenity even more pronounced during the cold winter months.  Most of the birds had fled for warmer climates or moved to more suitable areas in search of a food source.  Even my footsteps were muffled by fresh snow.  Soon I noticed a glint of red alongside the path.  As I approached I discovered a Christmas ornament hanging from a small tree!  Further along I saw another.  Then a third.  I was captivated by the vibrant contrast.  Yet I also found it unsettling, resenting the incongruity of these manufactured red balls littering my natural retreat.  Although the scenes were lovely, I longed for the unbroken immersion in the ever-changing, natural purity of the forest. 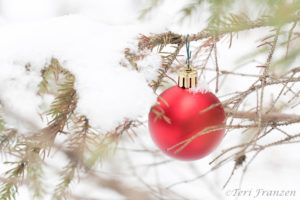 Manmade Ornament in the Forest 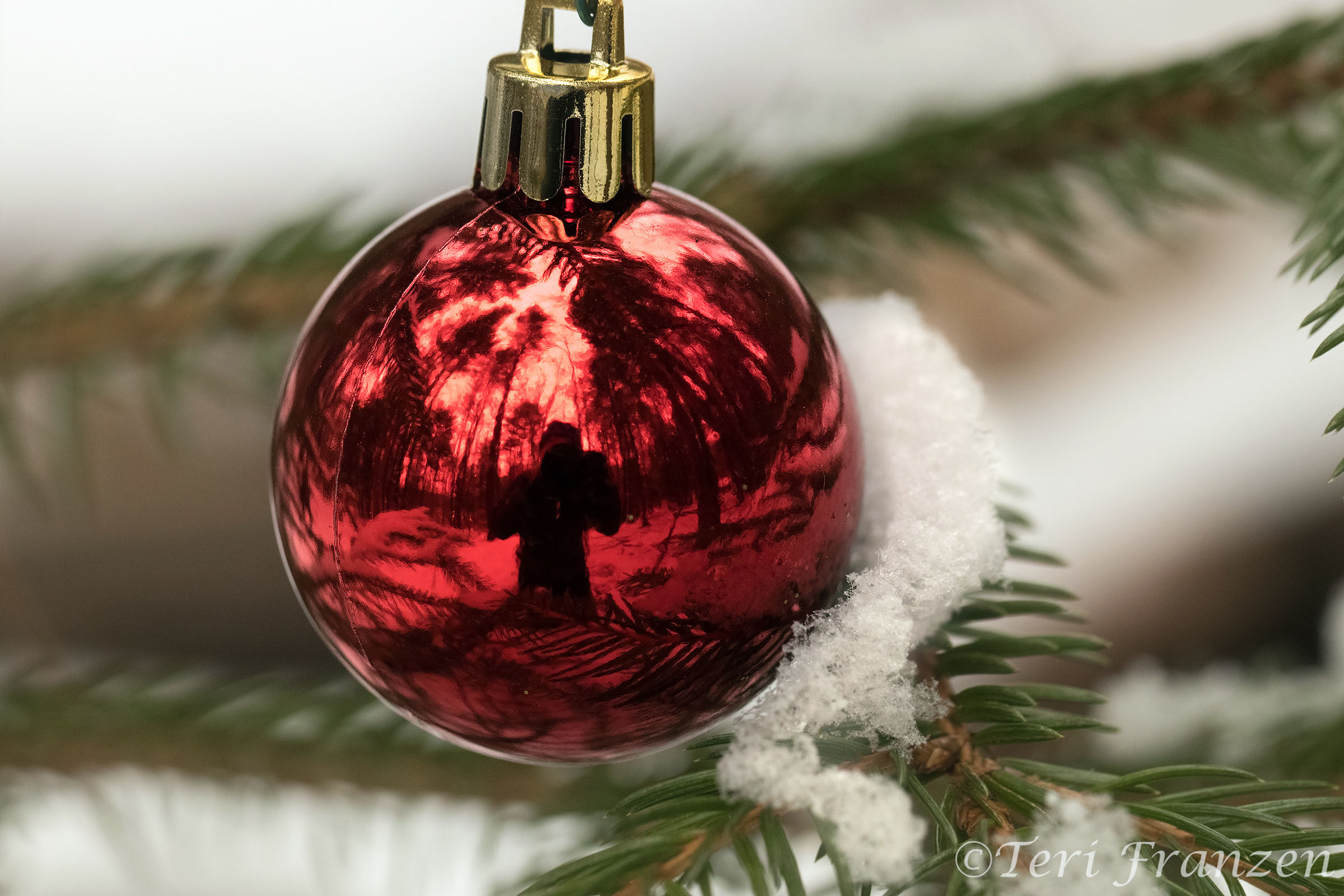 As I continued my trek along the trail, the man-made baubles finally ceased.  Moving deeper into the woods, I spied another burst of red among the trees.  Winterberries this time!  Those imperfect scarlet balls infused the forest with festive color.  Later I found a babbling brook flanked with icicles.  These natural formations glinted and glowed, creating beautiful shapes that naturally decorated those woods.  I knew then that I had found what I sought, nature’s perfect ornaments in the forest. 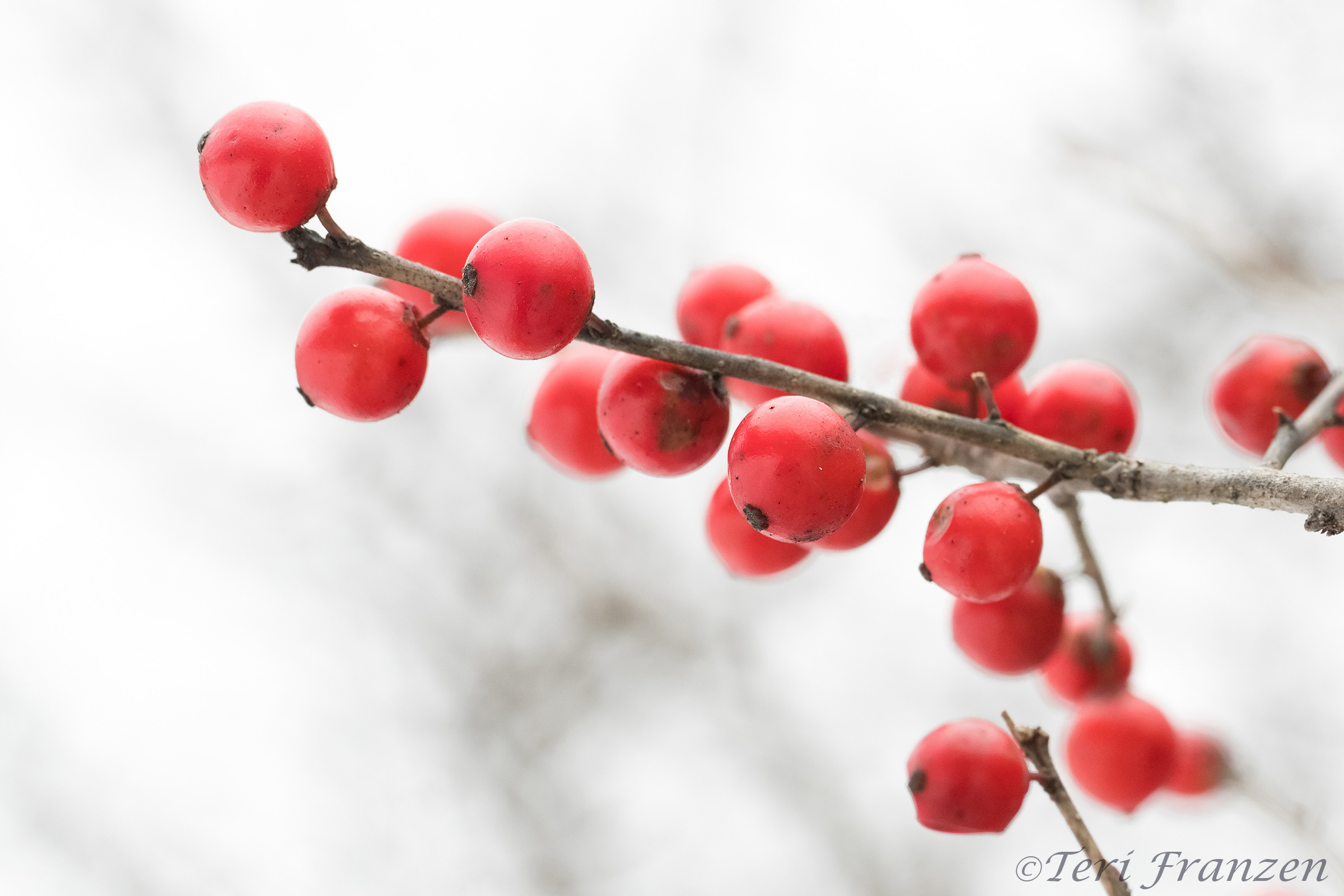 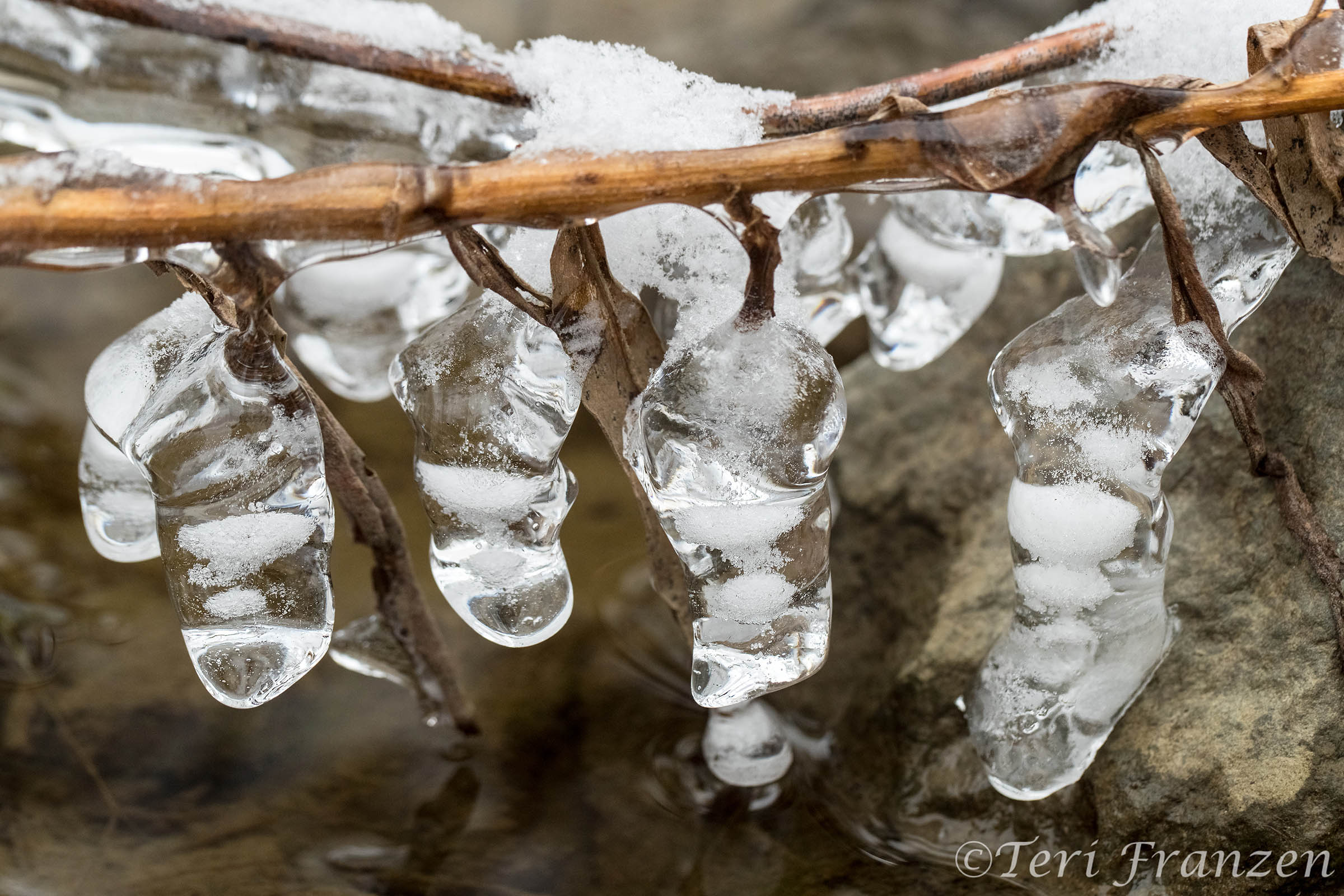 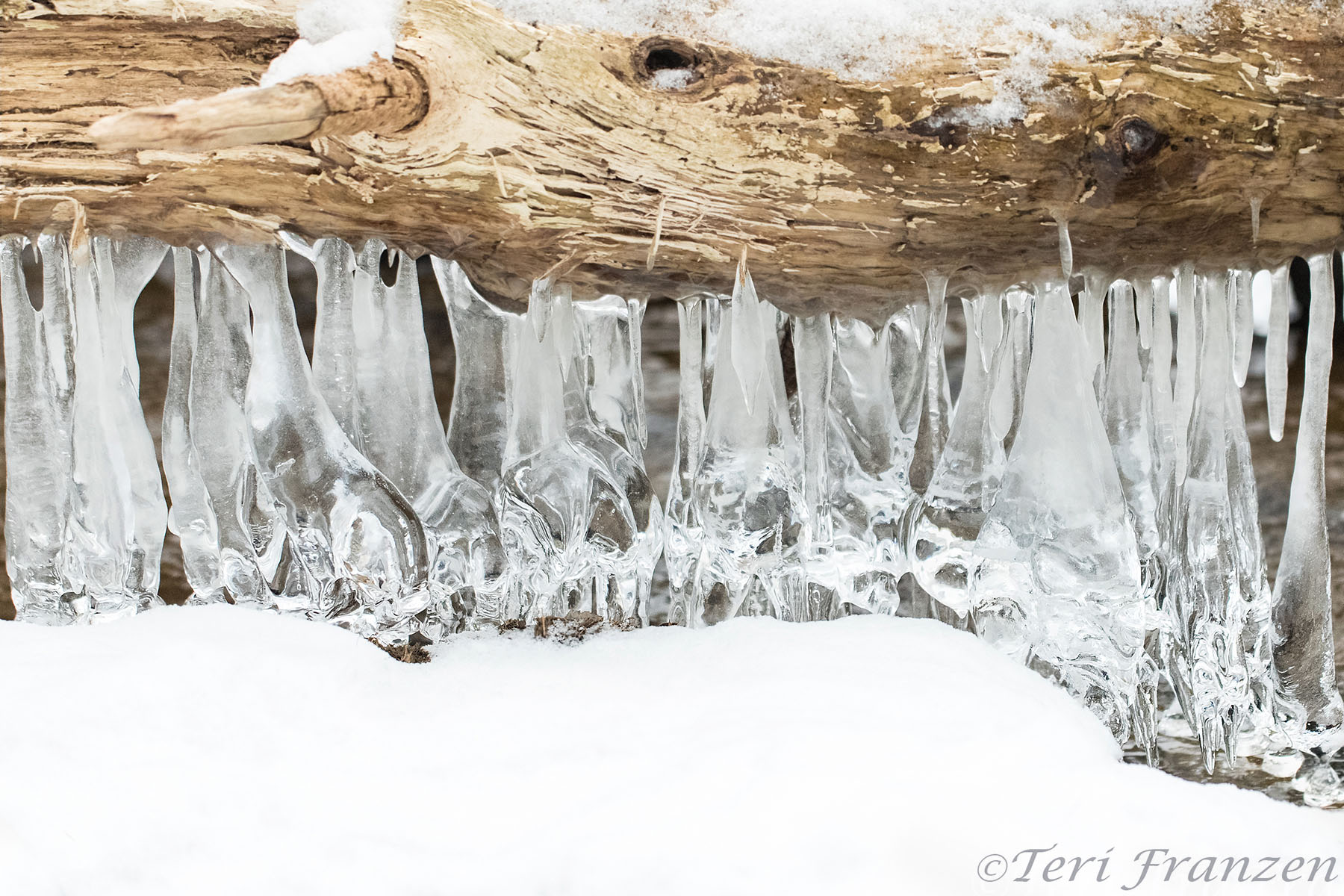 Icicles were strung from the trees 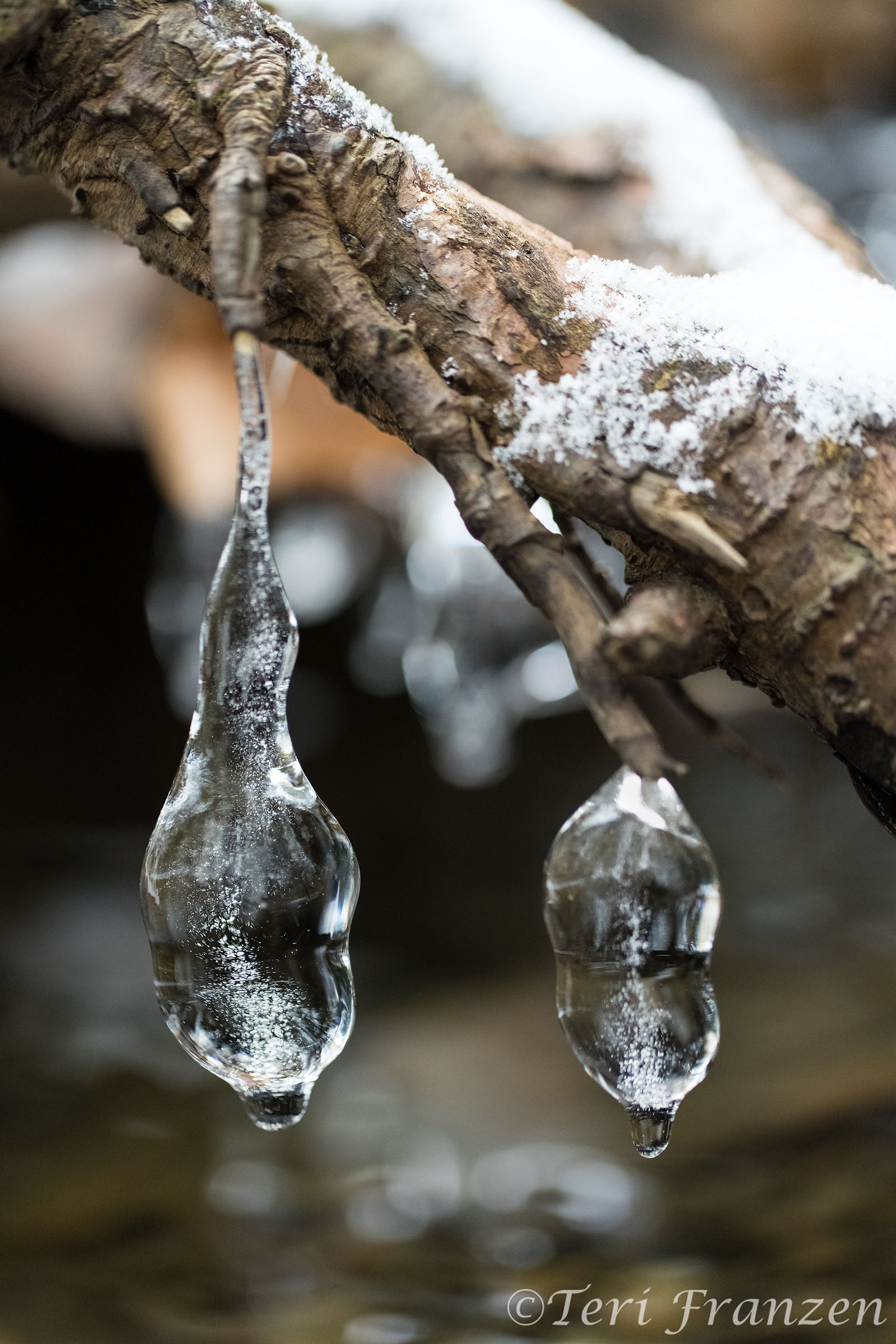 Ornaments hung from the trees

I had begun my hike as a brief interlude, expecting to return within the hour.  More than two hours passed and the light had begun to fade when I begrudgingly pulled myself back to my jeep and drove home.  Arriving home I felt lighter, having calmed my soul and sowed the seeds for the inspiration that grew from my visit to the forest. 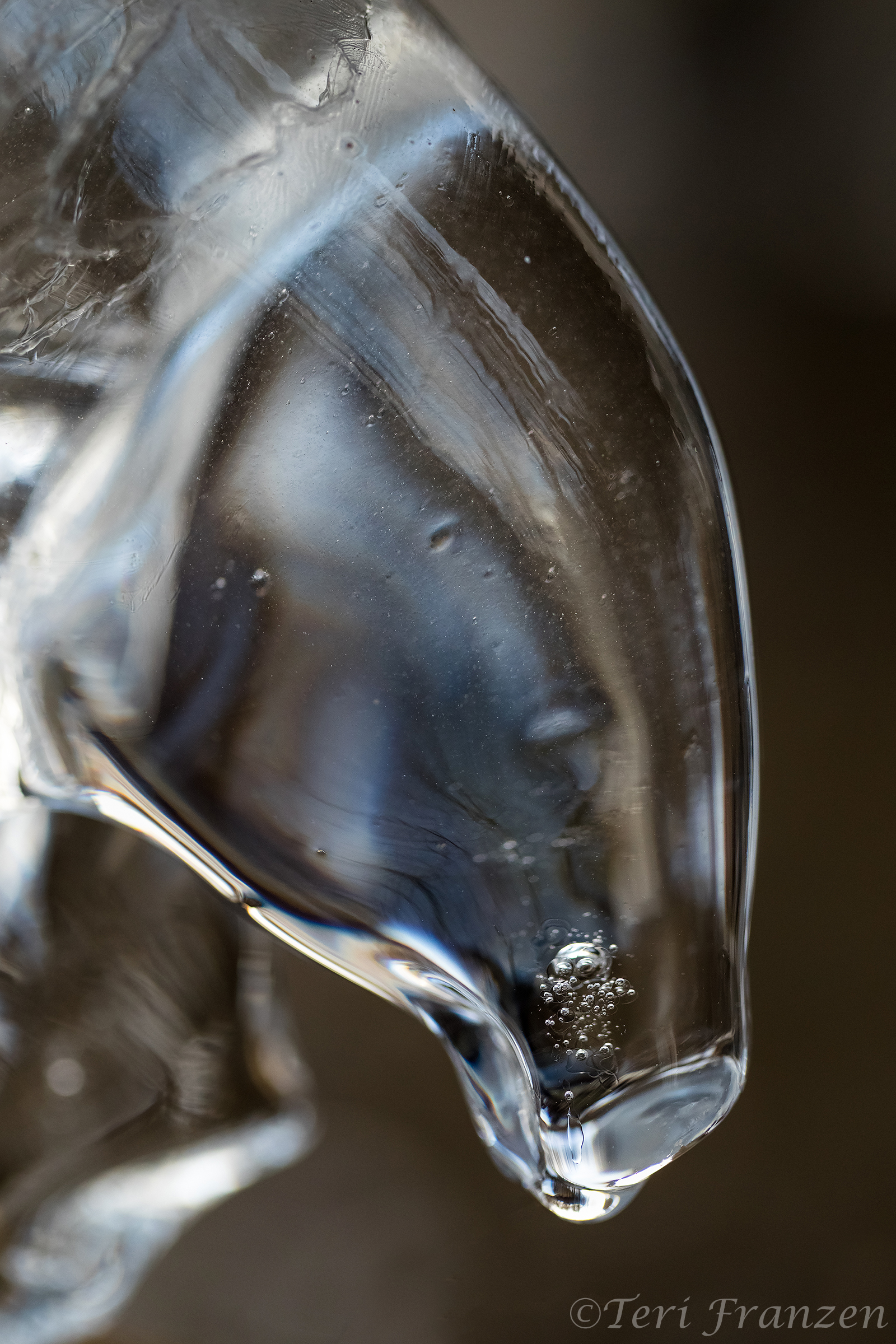 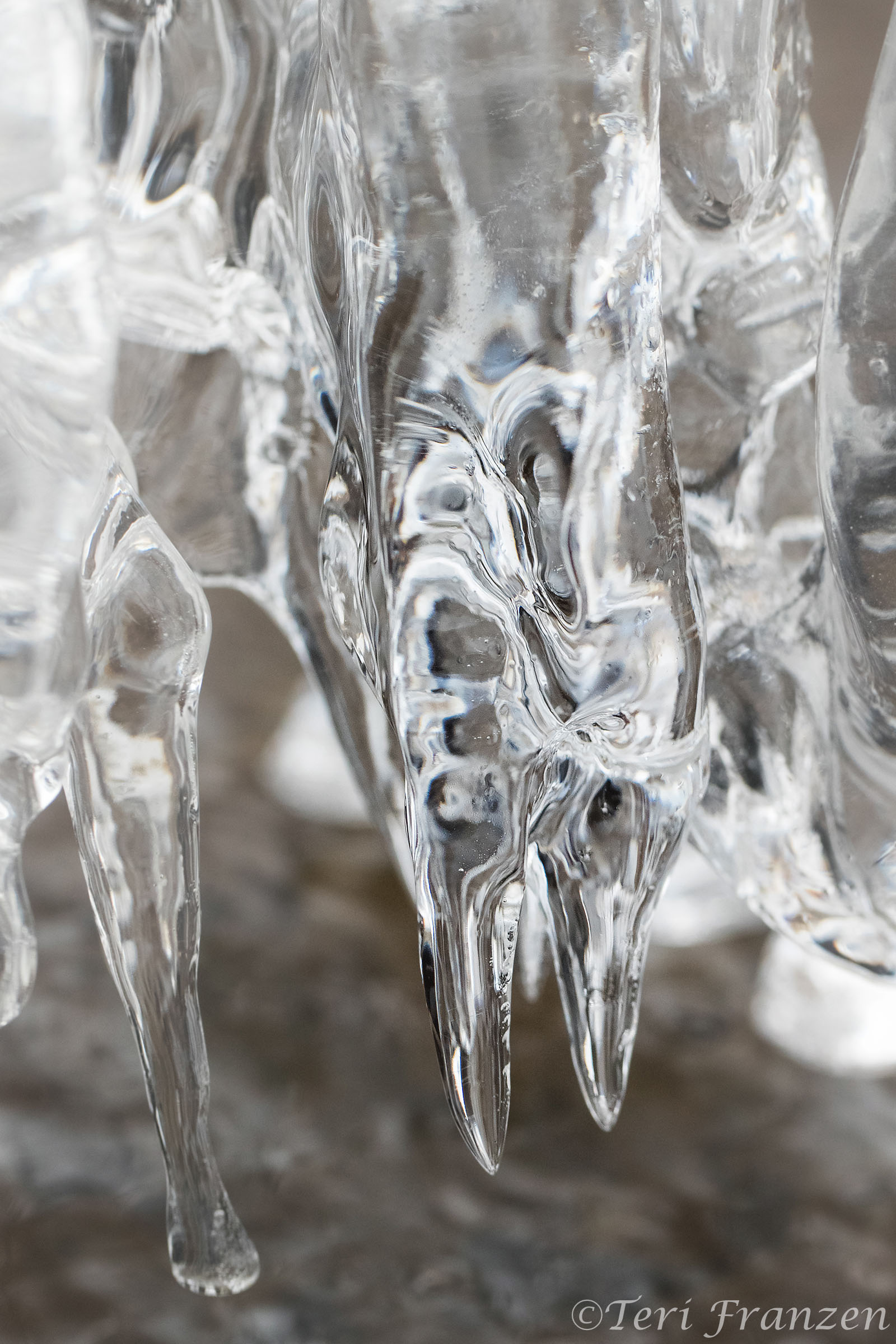 Is that a dolphin in the woods? 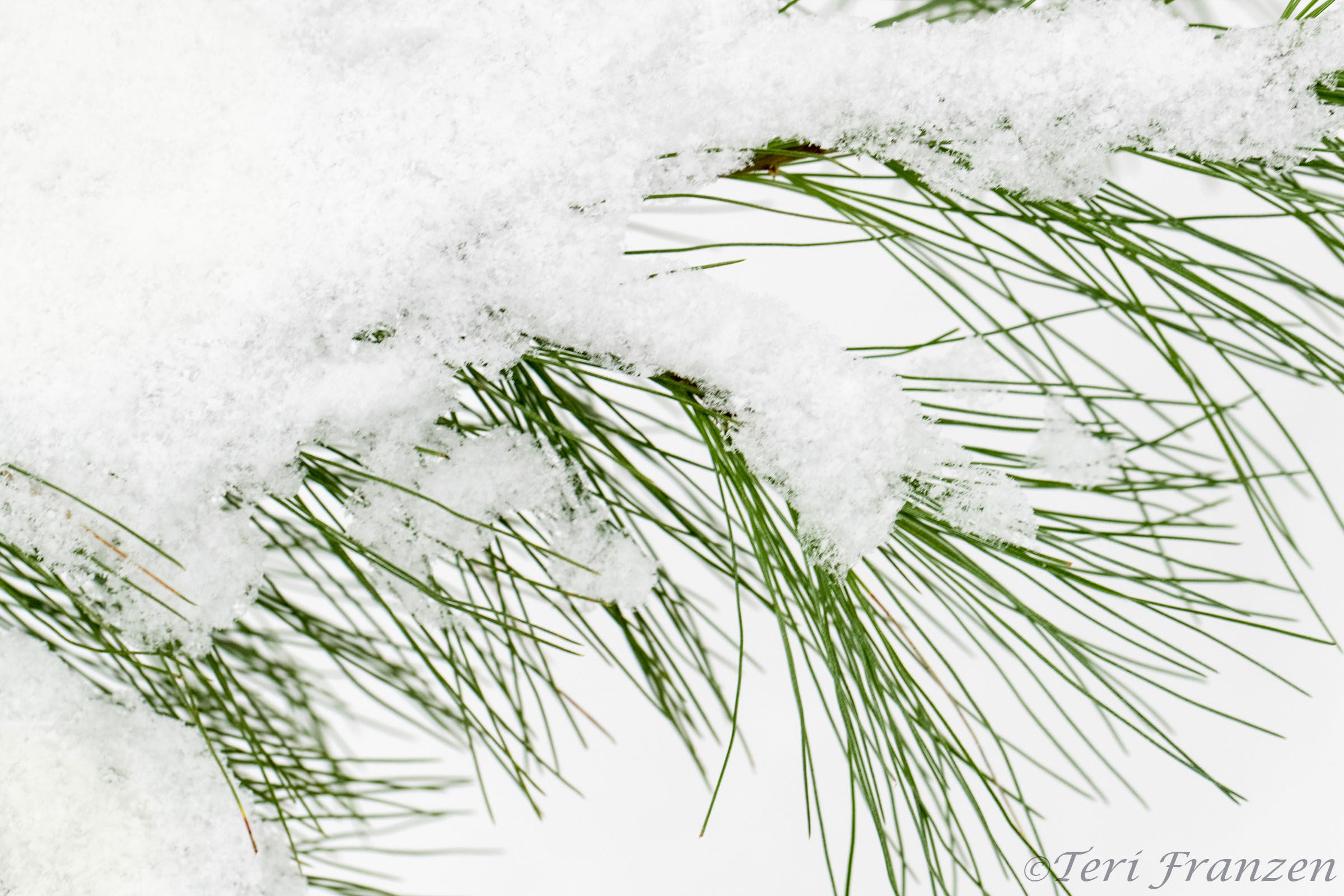 People often mourn the loss of green during the wintertime. But the forests are replete with conifers that are equally vivid throughout the seasons.

Full suite of images from my romp through the forest:

2 thoughts on “Ornaments in the Forest”