Lapping it Up on World Lion Day

Honoring lions today on World Lion day, August 10, 2017. A pair of brothers drink from a small pool of water in the plains of Ndutu in Tanzania. Having seen a severe decline in population since the later decades of the 20th century, lions are listed by the IUCN as vulnerable to becoming endangered. The population, once around 200,000 is down to between 20,000 and 30,000. Habitat loss due to human encroachment and human conflict are among the major contributors to their decline. Today is about raising awareness and celebrating these beautiful and iconic cats. 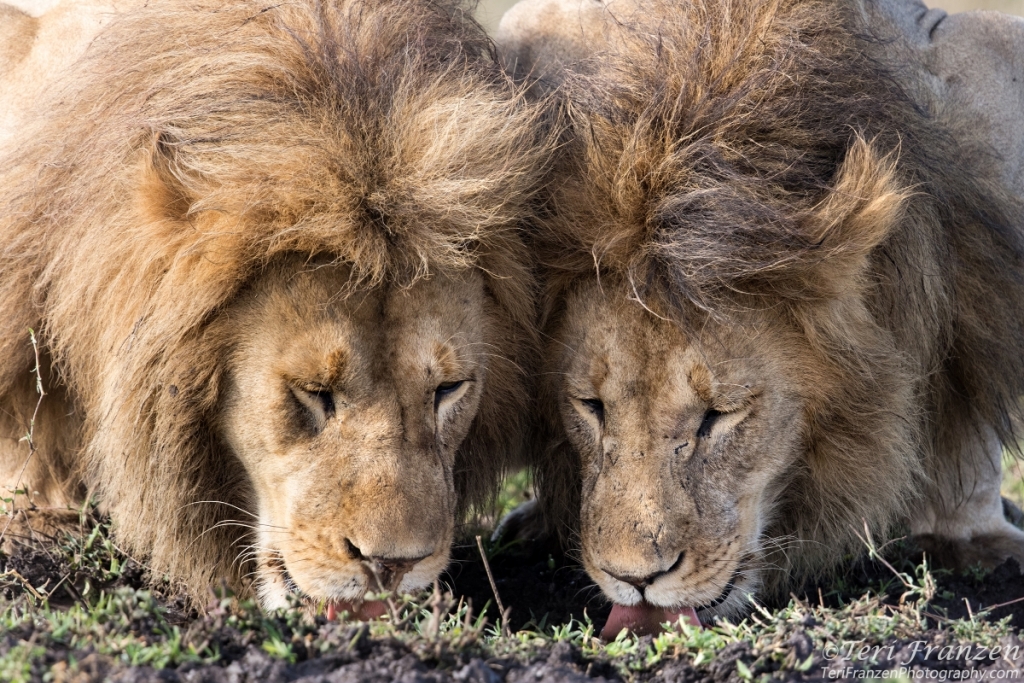