Shortly after sunrise I watched this Reddish Egret hunting just off the beach at J. N. “Ding” Darling NWR. It would perform its elaborate dance to stir up fish, often holding its wings wide to cast a shadow over the water, providing better visibility. Then it would quickly stab its sharp bill into the water to nab its prey. Each time it pulled its beak out of the water it held a fish that was completely wrapped in seaweed. I can only imagine it was wishing for a little rice to make a proper roll. March 8, 2017 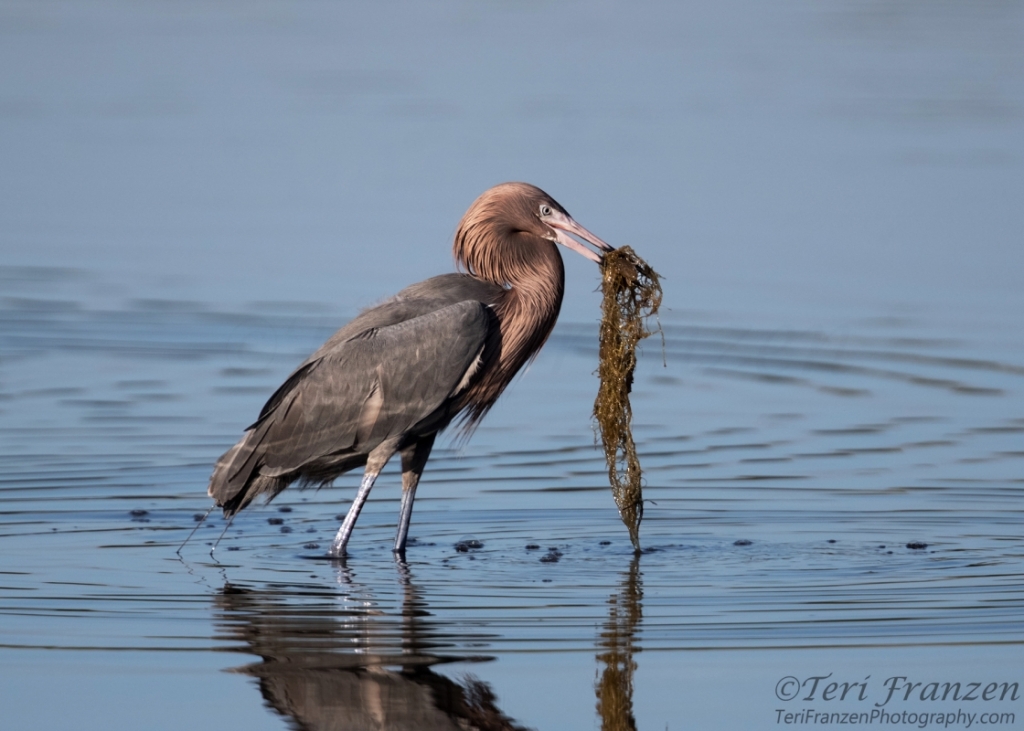