Peregrine Falcon coming in for a landing on a favorite perch near her nesting site. I saw her coming in and focused on her approach. Just as she arrived she flew into a pocket of light against the shady background. Peregrine Falcons had nested in the eastern US for thousands of years until the mid-20th century when the species all but disappeared from this part of the country. They nested high up on cliffs and now also nest on manmade structures such as high-rise buildings. DDT, used as pesticide, resulted in the extinction of breeding pairs in the eastern US states. In 1972 DDT was banned from the US. Many Peregrine enthusiasts, mostly falconers, began aggressive reintroduction programs to bring falcons back to eastern nesting sites. Although they remain rare, and are listed as endangered in New York and Pennsylvania, the species continues to recover. I witnessed first-hand in the spring of 2016 that they are also returning naturally to nesting sites, like this one, that had been vacant for decades. 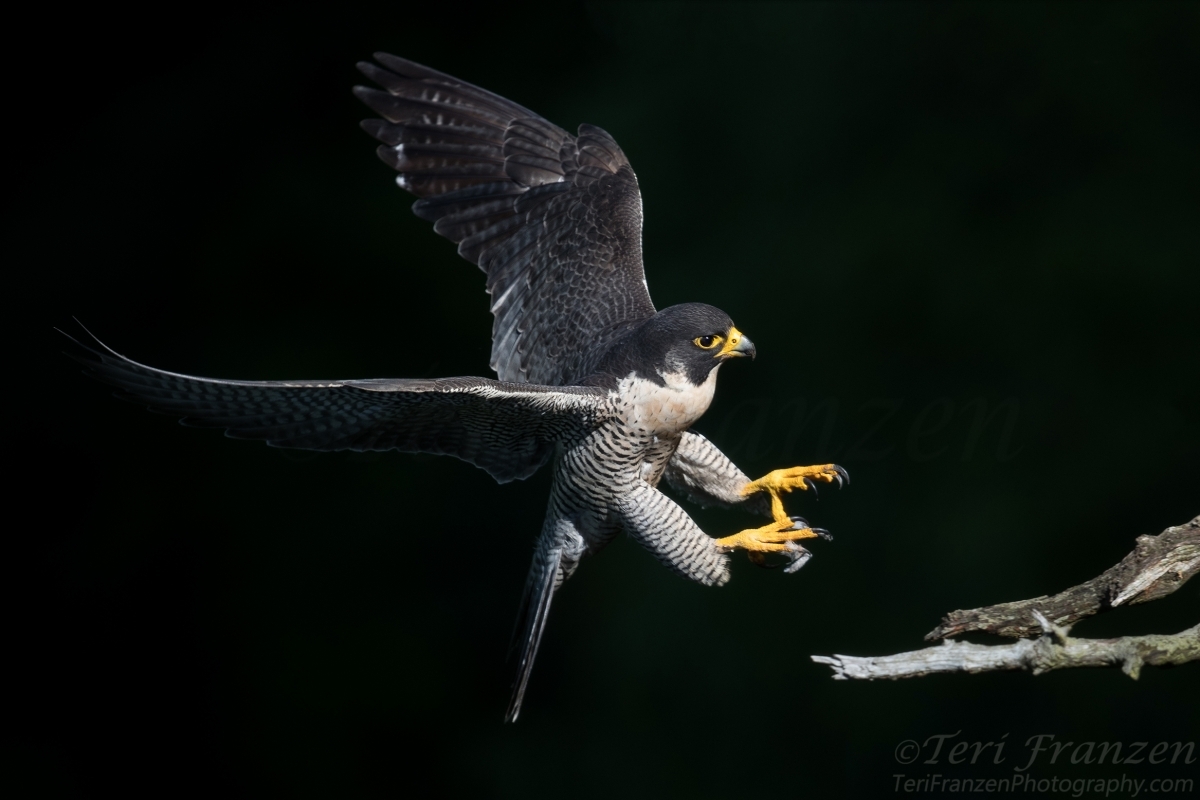 Return to the Photo of the Day page

Find out about the Peregrine Fund