A mother Sea Otter and her pup float lazily past our pontoon at sunrise in the harbor at Elkhorn Slough in Monterey County, CA. In the 18th and 19th century, Sea Otters were hunted relentlessly for their beautiful, dense fur. As a result, by the early 1900s the population had plummeted from significantly more than 100K to less than 2000 individual animals. Fortunately, conservationists prevailed and hunting of these marine mammals became illegal. In an extremely successful recovery, Sea Otters have rebounded to a much healthier population. However they are still endangered showing a decline in recent decades. Oil spills, conflicts with humans and habitat degradation play a large role in their current status. April 9, 2017 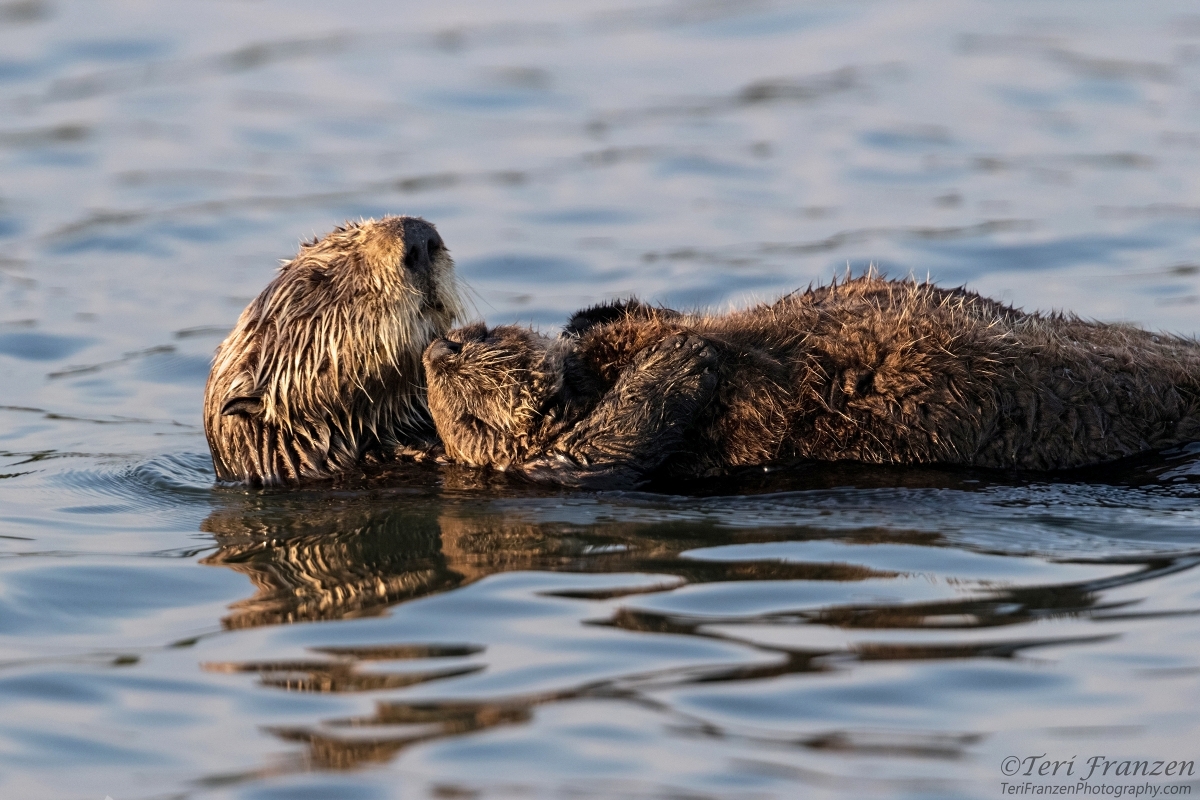